The Taoiseach officially opened a spa hotel in Galgorn this morning.

Asked if he was at the resort for a bit of relaxation after the political pressure he has been under recently, he said 'If I could stay I would.'

Ian Paisley said the Taoiseach's visit to north Antrim was a historic day, and Mr Ahern said his visit was another tangible benefit of the ongoing peace process.

While Mr Ahern and Mr Paisley were meeting inside the hotel a lone protestor waved a British flag at the front of the building.

Local DUP councillor Roy Gillespie said he was disgusted by the presence of the Taoiseach in Ballymena and it was evident that Mr Paisley had sold out to the south.

The two leaders were to hold informal talks later, in advance of the meetings of the North/South Ministerial Council and the British Irish Council, which are to take place later this month. 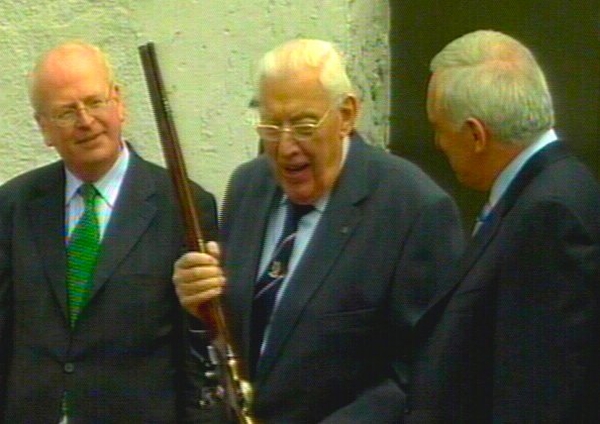