Benazir Bhutto's husband and their 19-year-old son have been appointed to continue the leadership of the Pakistan Peoples Party.

Ms Bhutto's son Bilawal has been appointed chairman of her Pakistan Peoples Party, while Mr Asif Ali Zardari will be co-chairman.

PPP officials made the announcement in the southern town of Naudero, where top officials of Bhutto's party are meeting.

The party is also overwhelmingly in favour of taking part in the 8 January general election but has yet to reach a formal decision on the matter, according to party officials.

Former prime minister Ms Bhutto was killed in a gun and bomb attack as she left an election rally in the city of Rawalpindi on Thursday.

Security has been tightened across Pakistan amid fears of more rioting by Ms Bhutto's supporters who blame President Pervez Musharraf for not doing enough to protect her.

Today, the PPP also set up a committee to urge the UN to demand that the Pakistani government allow an independent inquiry into Ms Bhutto's killing.

Tariq Azim, the country's former deputy information minister, said Pakistan does not have a climate in which to canvass voters.

He said a delay in the vote, which Mr Musharraf has vowed would be a key step in completing Pakistan's return to civilian rule, by ten to 12 weeks would be 'realistic'.

Mr Azim's Pakistan Muslim League-Q was the country's ruling party until Mr Musharraf dissolved parliament in November and appointed a caretaker government, which was to run the nation until the January vote.

Both the PPP and other opposition parties rejected the caretaker set-up as an extension of the PML-Q, deeming it partisan and demanding that Mr Musharraf instead announce a national consensus government to conduct the elections. 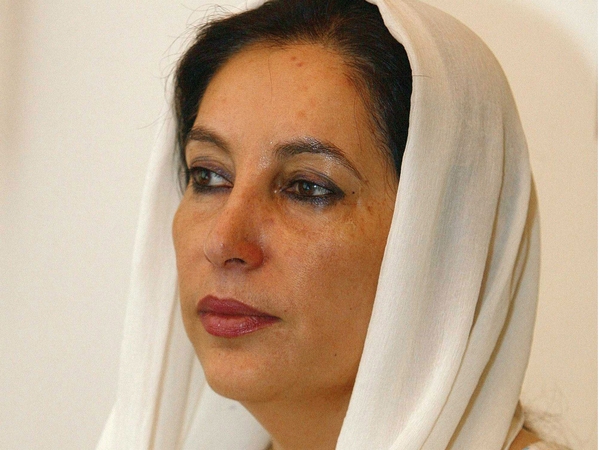