Solicitor and property developer, Michael Lynn has again failed to come to court to be questioned by the Law Society.

This morning, the High Court ordered that he be arrested and brought before the court at 2pm.

When the proceedings resumed this afternoon, Mr Justice Richard Johnson was told that a copy of the court order had been delivered to Mr Lynn's home at St Alban's Park in Sandymount.

The court was also told that gardaí at the Bridewell and Garda Headquarters had been sent copies of the order and that Mr Lynn's wife, Bríd Murphy, had the matter brought to her attention.

The Law Society also spoke to a firm of solicitors in London, Merriman White, who had been contacted by Mr Lynn, but it said it was not in a position to confirm whether or not it would be acting for him.

Lawyers for Mr Lynn's wife, Bríd Murphy, said she last saw her husband on Monday evening in the offices of the London solicitors.

She then returned to this country. She also spoke to him in London yesterday evening. Her lawyer Gary McCarthy said she had made a number of phone calls to him today but he had not returned any of the calls although she was expecting him to return those calls ‘soon’.

Mr Justice Johnson adjourned the proceedings until tomorrow morning at 11am. He said that if Mr Lynn turned up in the meantime, he should be detained in custody until then.

Senior Counsel, Shane Murphy, for the Law Society said that if Mr Lynn was brought before the court tomorrow, the society would begin the cross examination that was due to begin today.

Earlier the High Court ordered that Michael Lynn be arrested after he failed to appear in court this morning.

However the court heard Mr Lynn may not be in the jurisdiction.

At the end of last month, Michael Lynn was ordered to make himself available before the High Court for two days of cross-examination by the Law Society.

The Society wanted to question him about six of his property dealings, including the purchase of a €5.5m house in Howth. Mr Lynn took out at least three mortgages on this house.

It also wanted to question him about his home in Sandymount in Dublin and on sworn statements he submitted to the court.

When the case was called at 11am, Mr Lynn was not in court. His legal team formally applied to the court to be allowed to stop representing him.

The court heard Mr Lynn has been in contact with a firm of solicitors in London but has not yet given them any instructions.

After a short adjournment, lawyers for the Law Society asked the court to issue an attachment order - directing that Mr Lynn be arrested and brought to court to explain his contempt of court orders. 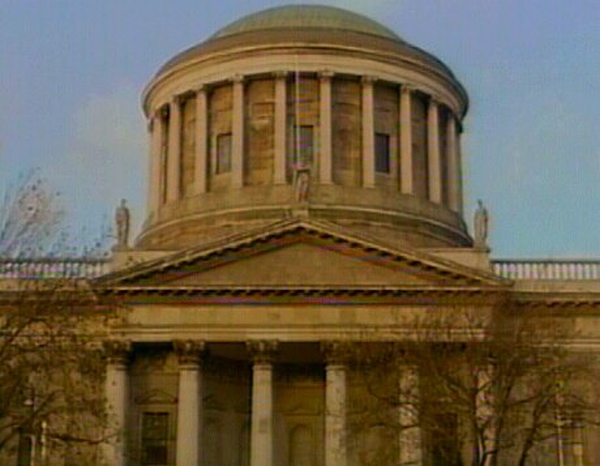 Solicitor pledges not to practice