The leader of Poland's largest opposition party has said he wants to replicate Ireland's economic success in Poland.

'We want to have our own Ireland here,' Donald Tusk told a news conference in Warsaw. 'We want to bring this country to the level of other EU nations where people can have a decent life with well-paid jobs.'

Poles living here who register with their embassy by 16 October are entitled to vote at three polling stations on Ailesbury Road, Ballsbridge in Dublin, Mary Street in Cork and George's Quay in Limerick city.

Mr Tusk said today that his party, the centre-right Civic Platform, was the only party that could help the Polish economy compete with Western Europe.

He was speaking after a televised debate last night involving the Prime Minister, Jaroslaw Kaczynski, and former president Aleksander Kwasniewski of the four-party Left and Democrat alliance.

Two local surveys said Mr Kwasniewski, who served two terms as president ending in 2005, had won the debate by a small margin. Analysts described the encounter as lacklustre and said no major blows were landed.

A record 9.1 million people watched the debate, but nearly all of those polled said it had not changed their intentions.

Political observers said the clash could even benefit Mr Lusk's party, which is level with the prime minister's Law and Justice party.

Recent polls have shown Law and Justice and the Civic Platform both taking close to one third of the vote with the leftists on only about half that. A poll before the debate gave a four-point lead to the Civic Platform.

However, Mr Kaczynski has said his party has opinion polls showing it is close to winning a majority and forming a single-party government.

Markets are thought to favour the Civic Platform because it is seen as more pro-business and more likely to carry out economic reforms. The election is being held two years early after the collapse of Mr Kaczynski's coalition government. 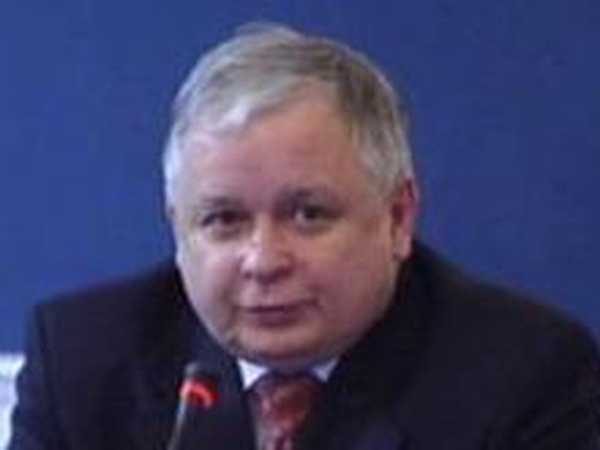