The Aer Lingus Chief Executive, Dermot Mannion, has said the decision to transfer the Heathrow routes from Shannon to Belfast represents a bittersweet day for the company but is the right decision overall.

Mr Mannion was speaking in Stormont where he confirmed Belfast International Airport is to be the airline's first hub outside the Republic.

Aer Lingus is to base three aircraft at Belfast and there will be 56 outward flights per week serving eight destinations in seven countries starting in December.

Meanwhile, commercial and political groups in the mid-west have described the decision by Aer Lingus to end the airline's service between Shannon and Heathrow as a body blow to the region.

Aer Lingus has told its workers at Shannon Airport that 45 jobs will be cut.

SIPTU General President, Jack O'Connor, said the decision would have very serious consequences for employment and industry in the west of Ireland, adding that the Shannon to Heathrow route is a profitable one with no competition.

The airline says it is investing €150m in the new base at Belfast, which gives the company the potential to increases its passenger numbers by up to one million each year.

More than 100 new jobs will be created directly through the local recruitment of pilots and cabin crew.

The Aer Lingus Chief Executive, Dermot Mannion, was heckled by airline workers as he announced the ending of the airline's service between Shannon and Heathrow.

Christina Carney of the IMPACT Trade Union, which represents cabin crew, said it had looked for an emergency meeting with Aer Lingus.

Speaking on RTÉ Radio, Ms Carney said that any expansion of Aer Lingus routes should not be at the expense of workers in Shannon.

Yesterday, Minister of State and Clare TD, Tony Killeen, said the decision by Aer Lingus to end its flight service between Shannon and Heathrow airports was hard to understand.

Business leaders and unions have expressed fears for the future economic stability of Shannon.

Ken Sullivan, General Manager of Element Six Ltd based in the area, said his company, which employs 600 people, will have a very uncertain future in Shannon if an alternative route or carrier is not identified before the Aer Lingus service is withdrawn.

Mr Sullivan said his company requires constant travel to and from all parts of the world and most of this is through Heathrow.

He said that  without a Shannon-Heathrow link, operations such as his own cannot survive in the region. 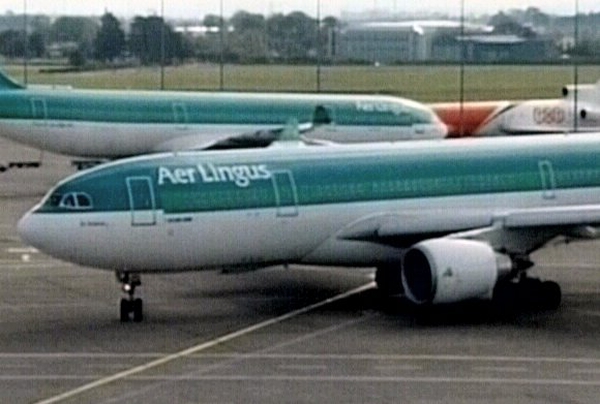