Poland's Prime Minister Jaroslaw Kaczynski has said the fate of his coalition will be announced within days.

The government survived an initial storm this month after Mr Kaczynski sacked the head of a junior coalition party, but wrangling has continued over the terms for keeping the coalition together.

The political committee of Kaczynski's ruling Law and Justice Party (PiS) met yesterday to discuss whether to call early elections, or to stick with the smaller parties in the coalition.

Mr Kaczynski told Polish radio a decision had been made, but will not be announced until after the three days of national mourning for the 26 Polish pilgrims killed in a bus crash in France on Sunday.

New elections would be a gamble for the Kaczynskis who are level in opinion polls with centrist rivals, but could allow them to govern without the leftist, populist Self-Defence party and far-right League of Polish Families.

The Prime Minister set conditions last week for keeping the coalition together, including a demand for the full loyalty of the parties.

They agreed in principle, but also came back with their own terms, including higher social spending. 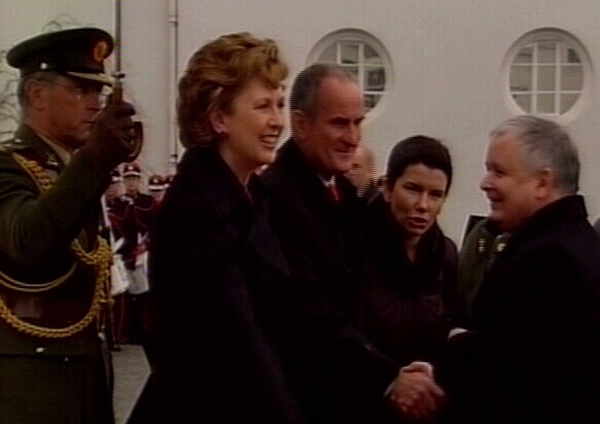