Thousands of Dublin homeowners are still trying to come to terms with the fact that the houses they have bought may be affected by large cracks in the floors and walls.

Defective infill used by the city's largest house builder, Menolly Homes, is behind the problems at Drynam Hall in Kinsealy.

Large cracks started appearing in homes in Drynam Hall soon after they were built just three years ago and at least 40 of the 300 houses need corrective work.

On Wednesday residents there received a circular from the builder asking them to get in touch. Tests on 60 homes there are now being carried out.

The same material was used on two other Menolly developments at Beaupark near Portmarnock and the Myrtle development in Baldoyle, but no similar problems have been uncovered there yet.

Steve Guerin, who writes the 'Doorstep Doctor' column in the Sunday Tribune, offers a list of his nightmare snags.

1) Shower extractor fans – Nine times out of ten they are not connected to the outside of the building. They are venting into the attic space.

2) Concrete floors not being laid level.

3) Internal doors rarely close into the door frame properly. They usually rattle in the frame or will not stay closed at all.

4) Manholes are sometimes half full with rubble and debris, drink cans, sandwiches etc.

5) Baths not fitted securely to the wall, which causes movement and then the seal between the bath and the tiles cracks. This lets water behind the bath, down the wall and eventually into the room below.

6) Plastic pipes used above the ground instead of copper pipes. Plastic pipe will bend when the hot water is passed through it. A copper pipe is a much neater finish.

8) Internal window sills cut with square ends - they should be rounded with what is called a bull nose finish. They are usually finished very roughly would need further sanding to a smooth finish.

10) Taps on wash and basins and baths are always loose.

11) I once came across a water stopcock was actually fitted behind the kitchen presses – I would not like to try to find that stopcock in a hurry.

12) Kitchen extractor fan vented into the front wall cavity of the house - it did not extract to the outside.

13) I once came across a sewer vent pipe that actually vented straight into the attic! No attempt to divert it to the outside. 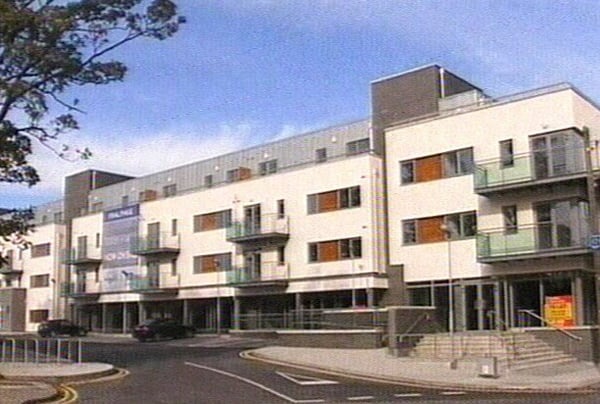