Nursing unions have announced a series of nationwide work stoppages from one to three hours duration starting on Friday 4 May at 22 locations.

The work stoppages will then continue next week from 8 May to 11 May at 32 locations.

The unions are to review their campaign on 10 May at a special delegate conference in Dublin, which will consider further escalations including a ban on overtime.

Nurses say all essential and emergency care will be provided during work stoppages.

The two-hour work stoppages take place on Tuesday 8 May and Wednesday 9 May, while the three-hour stoppages are scheduled for Friday 11 May.

The Irish Nurses Organisation and the Psychiatric Nurses Association have been involved in both a work-to-rule and intermittent work stoppages for the past four weeks.

This afternoon's meeting came after last night's collapse of talks with the Health Service Executive, which had been aimed at resolving their dispute over pay and working hours.

The talks had been taking place under the auspices of the National Implementation Body.

The Taoiseach Bertie Ahern has said the nurses' dispute is an 'extremely complicated issue' which does not look like being sorted out in the short term.

The Minister for Health, Mary Harney, said it was vital for our society that the nurses' claims be pursued using the normal industrial relations mechanisms of the State.

She said the tactics now being pursued by the INO and PNA were unfair to patients, unfair to other public sector workers and unfair to taxpayers.

Meanwhile, the Fine Gael leader Enda Kenny claimed the dispute could be resolved by what he called an 'imaginative approach' from the Government.

On RTÉ Radio's Morning Ireland, the General Secretary of the INO, Liam Doran, said any work stoppages would not affect the continuation of essential and emergency patient care.

Brendan Mulligan of the HSE-Employers Agency said he did not believe health services could continue to be able to deal with the industrial action.

Click here for the hospitals affected by the action

Special feature: Find out what happened with California Governor Arnold Schwarzenegger when he took on the nurses' union in The Coleman Diaries. 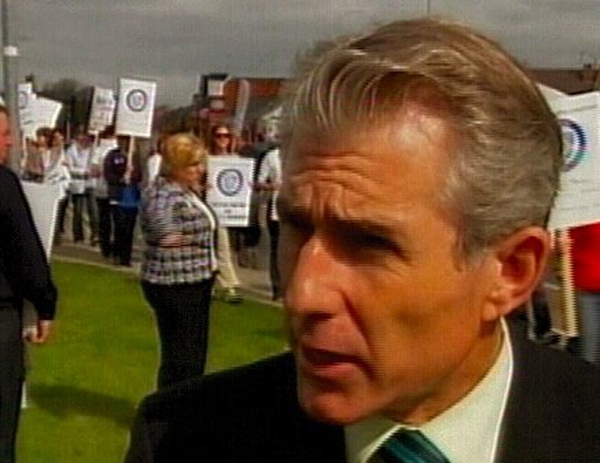