A BBC investigation into the death of the Pakistan cricket coach, Bob Woolmer, has learned that he was poisoned and then strangled.

The investigation by the Panorama programme says tests have found a drug in his system that would have incapacitated him.

Mr Woolmer, 58, was found unconscious in the Pakistan team hotel in Kingston, Jamaica last month, a day after his side lost to Ireland in the Cricket World Cup.

He was pronounced dead in hospital.

Panorama, in an investigation due to be screened tonight, says that preliminary toxicology tests showed that Mr Woolmer was subdued by a drug that left him helpless to fight back against his assailants.

He was then both strangled and smothered. The drug used has not yet been identified.

A blurred recording from a CCTV camera at the Pegasus Hotel shows the coach heading back to his room on the 12th floor, where his body was found the following morning.

Police in Jamaica have not yet made any arrests in connection with Mr Woolmer's death. The incident cast a shadow over the Cricket World Cup, which was won by Australia.

Speculation about his murder has included suggestions that he had uncovered a match-fixing scandal, or that he was killed by a supporter with a grudge.

The 58-year-old former England player's body arrived back in Cape Town, where he lived, on Sunday. 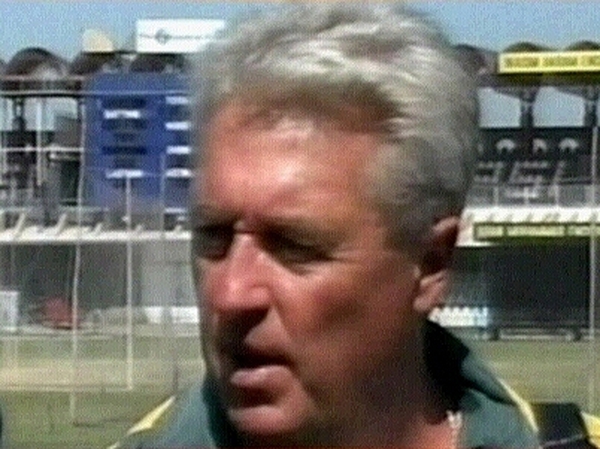