French voters head to the polls this weekend for the first round of its presidential elections in what promises to be a historic outcome.

While those in France vote tomorrow, eligible citizens in overseas departments like French Guiana and Martinique can cast their vote today.

Ms Royal hopes to become France's first female president, but even advancing to the second round of voting 6 May would be a first.

Official campaigning for the 12 candidates closed at midnight and a ban on opinion polls also came into force.

But more than one-third of the 44.5m voters are said to be still undecided, despite months of fierce political battles that have focused as much on personality as policy.

Ms Royal wrapped up her campaign saying voters were 'going to write a very important page in the history of France.'

Victory by her, Mr Sarkozy or Mr Bayrou would put a new generation in charge of the euro zone's second economy as 74 year-old incumbent Jacques Chirac bows out after 12 years at the helm.

Mr Sarkozy has dominated opinion polls since mid-January but Ms Royal seems to have gained momentum in recent days and has narrowed the gap.

Analysts say that either Mr Bayrou or Mr Le Pen could yet cause an upset.

In 2002, Mr Le Pen stunned France by knocking out the Socialist candidate to win a place in the run-off against president Chirac, who secured a comprehensive victory.

The election campaign has run against a background of fears over jobs, immigration and security, and attacks on camera crews in a flashpoint suburb revived still fresh memories of riots in France's deprived suburbs in 2005.

Police say no special anti-riot measures have been ordered for polling day beyond standard voter station security. But officials could ban the purchase of petrol in jerry cans, a measure imposed during the 2005 riots, if warranted.

The final stages of the campaign have focused mostly on the personality of Mr Sarkozy, who is bidding to become the first son of an immigrant to rule modern France.

Nicolas Sarkozy on the issues

Ségolène Royal on the issues

François Bayrou on the issues 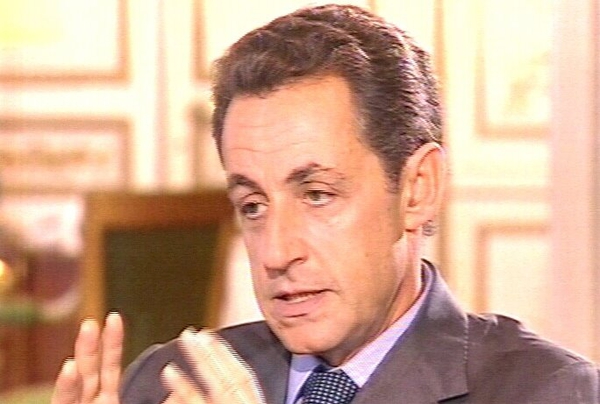