Palestinian President Mahmoud Abbas has said that BBC journalist Alan Johnston, kidnapped more than a month ago in Gaza, is still alive.

'Our intelligence services have confirmed to me that he is alive,' Mr Abbas told reporters during a visit to Stockholm, adding that he wanted 'to acquire his release alive'.

Mr Johnston, 44, was snatched at gunpoint from his car as he drove home from work in Gaza City on 12 March and has become the  longest-held Westerner in the territory.

Last Sunday, an Islamist group claimed it had killed Johnston, who is one of the few Western reporters to have both lived and worked in the region.

Protests against Mr Johnston's kidnap have been held in Britain, the Palestinian territories and other parts of the Middle East almost daily since his abduction.

Yesterday, a leader of the Fatah movement jailed in Israel, Marwan Barghouti, added his voice to calls for the reporter's release. 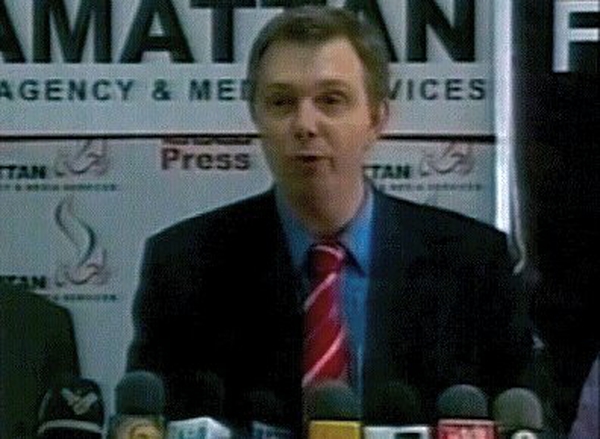