'We came here because we trust our leader Yanukovych. We came to defend him. And we do not wish to join NATO, we want to stay together with Russia, Kazakhstan and Belarus,' said one of the protestors.

Mr Yanukovych calls the move unconstitutional and refuses to comply.

Talks between the two leaders over the weekend ended without a resolution.

Hearings in Ukraine's Constitutional Court will be held on Wednesday.

Independence Square, thrust into the international spotlight during the Orange Revolution, has been host to rallies by both sides throughout the weekend.

Russia, Ukraine's historic partner, and the West, with whom Ukraine was trying to build closer relations, have both appealed for calm. 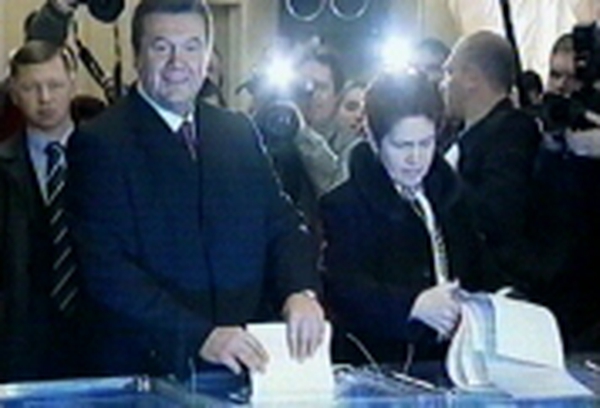