The British Prime Minister, Tony Blair, who is in Iraq has said it is vital that all countries in the region support the fledgling government in Baghdad.

At a joint press conference with the Iraqi Prime Minister, Mr Blair reaffirmed his 'determination' that the democracy would not be 'destroyed by terrorism and sectarianism'.

Mr Blair is expected to discuss with Mr Maliki and President Jalal Talabani plans to hand over the last two British-controlled provinces in the south of Iraq to local authorities.

Aides to Mr Blair said he wanted to underline his support for Mr Maliki and his government and for the process of reconciliation in the country. This is his sixth trip to Iraq since the 2003 war.

Iraqi leaders are meeting for the second day of national reconciliation talks against a backdrop of ongoing sectarian and insurgent violence.

Yesterday, police said that a total of 53 bullet-ridden bodies had been found across Baghdad and a roadside bomb also killed three US soldiers and wounded one north of Baghdad.

Mr Blair's visit, which is part of a Middle East tour, comes after Iraq's Shia Prime Minister Nouri Maliki called for the return of all officers of Saddam Hussein's disbanded army.

The move is seen as a political overture to disaffected Sunni Arabs.

Mr Maliki made the call at the national reconciliation conference of Shia, Sunni and Kurdish politicians yesterday. 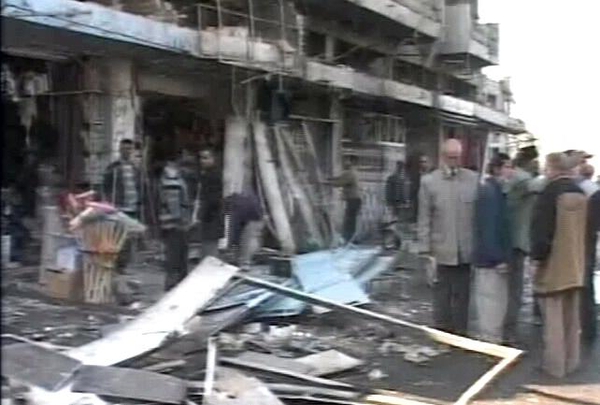