Hundreds of thousands of Hezbollah-led protesters rallied at the doorstep of Prime Minister Fouad Siniora to force the resignation of his US-backed government.

Hezbollah, Lebanon's most powerful Shi'ite Muslim group, and its pro-Syrian allies had called on Lebanese from across the country to take part in the protest in the capital Beirut, to be followed by an indefinite sit-in near the government offices.

Hezbollah, which is backed by Syria and Iran, has branded the government a US puppet.

Scores of soldiers, using barbed wire and metal barriers, cordoned off the complex housing the government's offices in downtown Beirut.

Siniora and many ministers were inside while metres away, the crowds massed, waving red-and-white Lebanese flags under banners demanding a government of national unity.

Sources close to the organisers estimated the crowd at more than one million, and Hezbollah deputy chief Sheikh Naim Kassem said before the protests the campaign would continue until Siniora's cabinet fell.

He said: ‘This government will not take Lebanon to the abyss.

'We have several steps if this government does not respond but I tell them you will not be able to rule Lebanon with an American administration.' 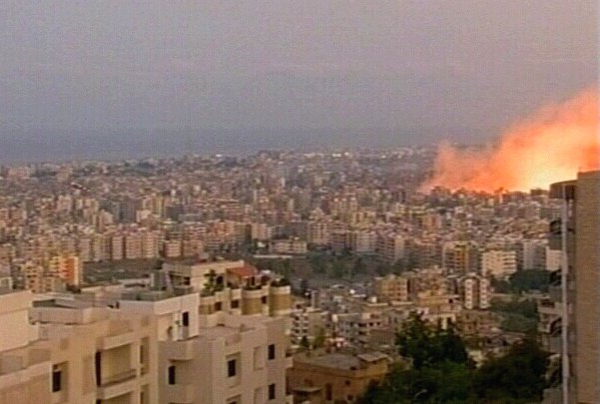