The European Football association, UEFA, says it will stage the UEFA Cup final in Dublin in 2010.

The decision is recognition for the redevelopment of the Lansdowne Road Stadium by the IRFU, the FAI and the Government.

UEFA Chief Executive Lars-Christer Olssen told RTÉ News that the investment in the new stadium deserved recognition in the form of a UEFA Cup final.

He also suggested that the Under 21 European Championship could also be staged in Ireland with a final in Lansdowne Road.

Welcoming the news, FAI chief executive John Delaney said it gave an impetus to complete the stadium project on schedule.

He said the prospect of a UEFA Cup final would not have arisen without the €191 million in Government backing for the stadium project. 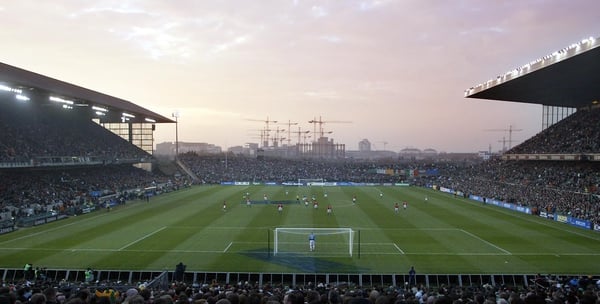