Israel has continued its air strikes on Lebanon amid further Hezbollah rocket attacks on the town of Haifa.

The Israeli Defence Force said its offensive in Lebanon will take a few more weeks, with diplomatic efforts as yet failing to halt the week-old crisis.

In attacks today, nine members of the same family were killed and four wounded in an air strike on a house in the Lebanese village of Aitaroun.

A further eight people died in separate strikes in the area, including the driver of a truck carrying medical supplies on the main road between Beirut and Damascus.

More than 50 people have been killed in the last 24 hours with an air strike on a Lebanese army barracks east of Beirut leaving 11 soldiers dead.

Lebanese Prime Minister, Fouad Siniora, has said Israel is 'opening the gates of hell and madness' on his country.

In an interview with the BBC, he urged the militant group Hezbollah to release two captured Israeli soldiers but blamed Israeli policies for boosting Hezbollah support.

Up to six Hezbollah rockets have hit the northern Israeli town of Haifa with no casualties reported. Israel's third largest city has seen increasing attacks over recent days.

One Israeli civilian was killed in another rocket attack on Nahariya, the 13th such fatality in rocket attacks inside Israel.

Israel has refused to rule out a ground invasion of Lebanon, only six years after it ended its 22-year occupation.

UN Secretary-General, Kofi Annan, has suggested the deployment of a stabilisation force and said he would expect European nations to contribute troops to any such force.

Mr Annan said he expected that the proposed force would be different in size and capability to the one that has been in place in south Lebanon since 2000.

The offensive began a week ago after Hezbollah captured the soldiers and killed eight in a cross-border raid.

With the situation continuing to escalate, the UN has ordered the evacuation of all non-essential staff from Lebanon.

A UN statement said 445 people had already been evacuated, while a further 130 staff had been moved to safe locations in Tyre.

Foreign governments have been scrambling to evacuate their citizens from Lebanon since Israeli warplanes bombed Beirut's international airport and the main routes to Syria last week, largely cutting off the country from the outside world.

The US Secretary of State, Condoleezza Rice, is due to travel to the region in the coming days, although no precise date has been decided. 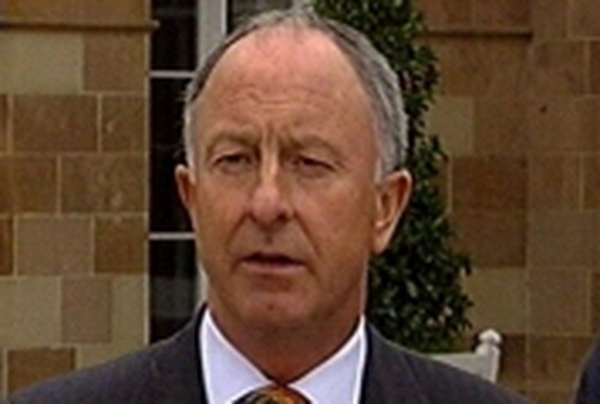