EU Commissioner Charlie McCreevy has praised the legacy of Margaret Thatcher, claiming that many member states in Europe today need leaders like the former British premier.

Mr McCreevy, EU Commissioner responsible for Internal Market & Services, also said Europe had spent too much time navel gazing and had allowed its economy to falter as a result.

In a wide ranging address this afternoon, Mr McCreevy noted that the numbers sceptical about or hostile to the EU have grown in the last year, citing a Eurobarometer poll published today which shows that only 44% surveyed had a positive view of Europe.

The commissioner said one of the lessons of the poll was that people resent what he called unwarranted intrusions by Brussels into their national sovereignty.

He quoted the example of Austria where five years ago the EU tried to freeze diplomatic relations with the country because of the rise of Jorg Haider. Now he said Austria has a bigger majority hostile to Europe than any other country in the community.

Mr McCreevy claimed that the EU had allowed its economy to suffer. He said that needed to be remedied, and he held out the example of Margaret Thatcher who had turned around a sick economy. He said many member states in Europe today needed leaders like her. The Commissioner said he hoped they got them before long. 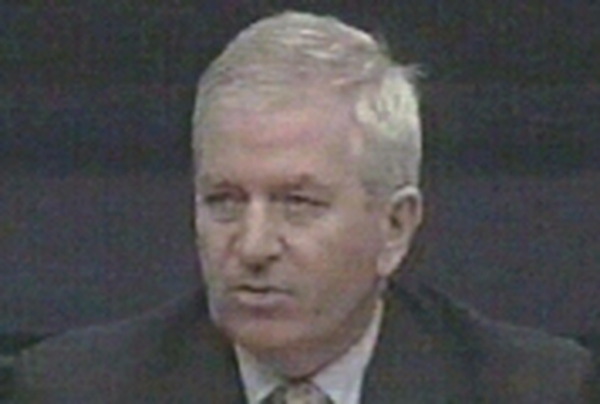 McCreevy hopes to stay at Finance