Several police officers and at least two civilians have been injured, during violent disturbances in north and west Belfast this evening.

One civilian is understood to have received serious injuries when a blast bomb exploded, while the other received a gunshot wound when rioters fired on police.

Plastic bullets and water canon were deployed by the security forces.

The violence erupted after the Orange Order's controversial Whiterock parade passed through the contested route.

The Parades Commission had banned Orangemen from using Workman Avenue which is close to a nationalist area of the Springfield road.

Hundreds of loyalists began rioting after the march followed a new route through a former factory site.

Traffic around the city was disrupted during the afternoon as protesters supporting the marchers blocked the roadway for a time.

While Sir Reg Empey of the Ulster Unionists described the decision to allow the re-routing as unsatisfactory. 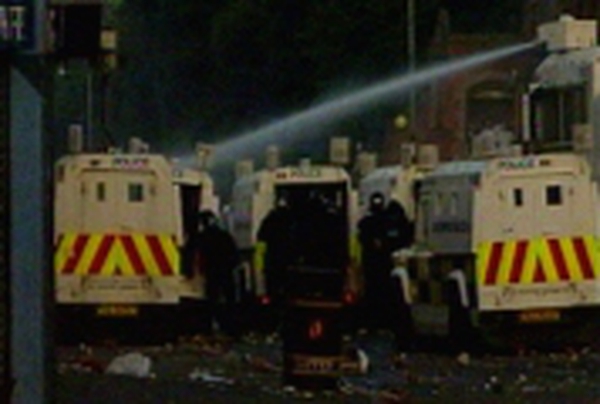