The Co Mayo farmer charged with the murder of a Traveller last October has begun giving evidence in his defence at the Central Criminal Court in Castlebar.

Padraig Nally, 61, of Funshinaugh, Cross has pleaded not guilty to the murder of John Ward, a father of 11 from Carrowbrowne, Galway.

Mr Nally, who went into the witness box this afternoon, said he was a single man who enjoyed farming but two or three years ago he became frightened and nervous after houses in the area were broken into and burgled.

He said his own house was broken into in 2001 and 2004 and he was afraid that somebody would come into his house in the night and 'break him up'.

The defendant said he kept a gun in the house for a time but then put it, and a number of cartridges, in the hayshed. It was there, on 14 October last, when what he described as 'the accident' happened.

Earlier, gardaí who investigated the fatal shooting gave evidence of a series of interviews with the defendant in the immediate aftermath of Mr Ward's death.

Detective Garda Michael Conway said Mr Nally had told him he 'went berserk' when he saw Mr Ward coming out of the back of his house. He shot him twice and beat him at least 20 times with a stick, the jury was told.

The court heard Mr Ward had struggled with the accused and tried to get the shotgun and Mr Nally was afraid that another man, who was revving up a car outside, would come in and attack him.

Mr Nally said he was out of his mind at the time and did not know what he was doing, the jury was told.

Afterwards, the defendant told gardaí he felt suicidal and said he did not know if he would shoot himself or not.

Gardaí said Mr Nally appeared to be agitated and stressed at the time.

The court has adjourned and will resume again tomorrow. 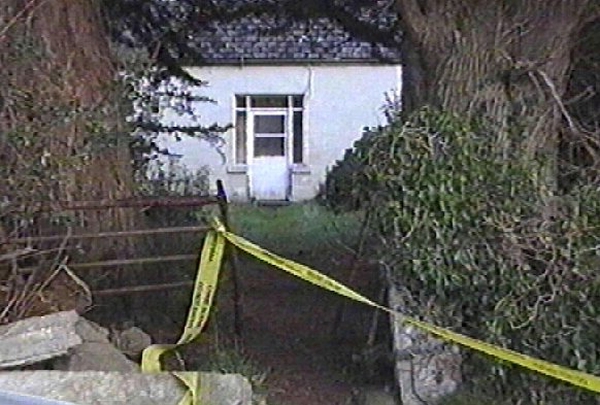