A small flotilla of yachts - ferrying anti-poverty campaigners from France - has sailed into Portsmouth in England.

However, the final number of vessels fell far short of the 80 expected to take part in the event announced by Bob Geldof last month. One motorboat and three yachts docked in Portsmouth.

Bob Geldof described the event as a symbolic act to highlight the planned protests in Edinburgh in Scotland during the G8 summit of world leaders on Wednesday.

Separately, it is estimated that more than three billion people watched yesterday's Live8 concerts sending a message that the world will no longer tolerate poverty.

More than 26 million text messages were received by the organisers in support of the campaign.

The world's biggest music stars united in the concerts held around the globe to compel political leaders to tackle poverty in Africa.

Ten events were staged in cities including Berlin, Rome, Moscow and Philadelphia.

The event wrapped up just before midnight with Paul McCartney telling the audience that G8 leaders could not ignore them.

Mr Geldof, who organised Live8, said that the solution to poverty in Africa was to address the issues of debt, trade, and the way the continent was governed.

Closing the London concert, he said it had been a day of possibility and hope for those who had neither.

In Johannesburg, former South African leader Nelson Mandela told the crowd that the G8 leaders had a 'historic opportunity to open the door to hope and the possibility of a better future for all'.

In Edinburgh today, an anti-war coalition demonstration is taking place in the city.

Youngsters from all over the world, who have visited Ethiopia with Unicef to see poverty at first hand, are attending.

They will draw up a manifesto about the issues they think the G8 summit should address. 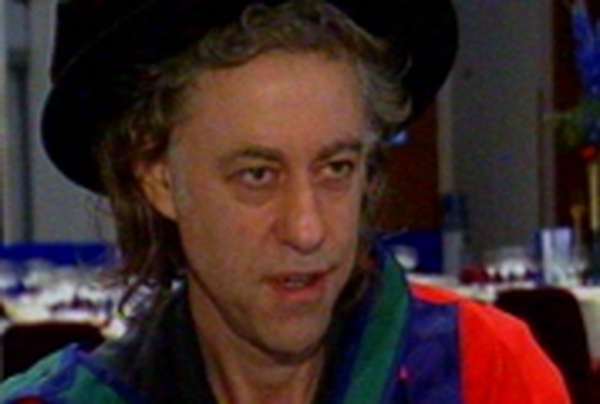