Striking Turkish workers at Gama have threatened to go on hunger strike if their complaints about under payment and harassment are not addressed.

SIPTU's National Industrial Secretary, Noel Dowling, presented documentation at a news conference which he said showed that the company had under estimated amounts due to the workers.

He also alleged that the workers and their families are coming under sustained harassment and intimidation - both in Ireland and in Turkey - to give up the protest and return to Turkey. Over 200 have already left.

Worker Serdar Ivak voiced their frustration, saying that if they did not get justice soon, they would commence a hunger strike.

Joe Higgins TD called on the Government to set up an urgent process to take testimony from the workers.

This would ensure that even if the workers are forced to leave, there would still be evidence to sustain future investigations into Gama.

A spokesperson for Gama denied the allegations of intimidation, saying most of their workers were working normally. 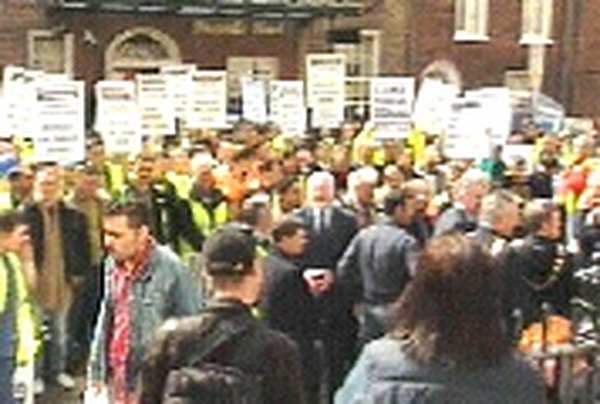