Israeli troops in the northern West Bank are reported to have discovered a car packed with explosives.

A military source said it is believed to have been prepared by militants from the radical Islamic Jihad movement.

The group has claimed responsibility for the bombing of a nightclub in Tel Aviv three days ago, that killed five people.

Israel is refusing to accept a denial by Syria that it was implicated in the Tel Aviv blast.

The head of military intelligence, General Aharon Zeevi, briefed diplomats on the alleged connection between the attack - claimed by exiled leaders of Islamic Jihad - and Damascus, a foreign ministry source said.

However, Syria says Israel's charge is not supported by any evidence. 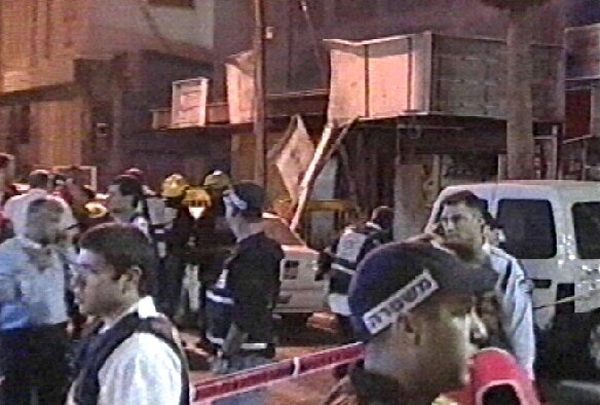