President McAleese has attended a reception in Dublin Castle hosted by the Government to mark the beginning of her second term of office.

The president was formally sworn in at an inauguration ceremony in Dublin Castle earlier today.

The 700 invited guests included members of the Government, the Oireachtas, the judiciary and dignitaries from Christian churches and other faiths.

President McAleese identified the need for strong and resilient communities as the theme of her second term in office.

Speaking after her inauguration at Dublin Castle this afternoon, Mrs McAleese said, 'The cushion of consumerism is no substitute for the comfort of community.'

Speaking on the Northern Ireland peace process, Mrs McAleese urged the hesitant to 'muster the courage to complete the journey to a bright new landscape of hope'.

Her first term was distinguished by her work following the Omagh bombing and the 11 September terror attacks, as well as her behind-the-scenes work to open a dialogue with loyalists after the Good Friday Agreement. 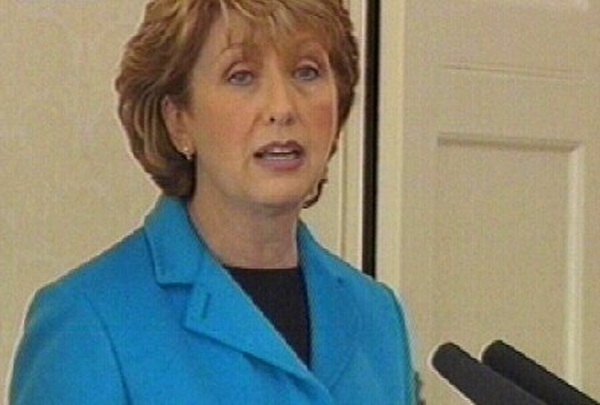 McAleese nominates herself for President