Suspected Islamic militants, who have killed at least 16 people, including seven foreigners in a shooting spree in the Saudi city of Khobar, are tonight involved in a hostage siege.

Special security forces as well as hundreds of army and navy personnel have surrounded a housing compound where four gunmen are holding up to 50 hostages.

The series of attacks have been claimed by the al-Qaeda terror network.  It is believed the attacks were aimed at the oil industry.

Of those who were killed earlier, nine were civilians, seven of whom were foreigners and seven members of the Saudi security forces.

It is believed the civilian dead were two Filipinos, two Saudis, an American, a Briton, an Egyptian, an Indian and a Pakistani.

The US embassy in Saudi Arabia is urging its citizens to leave the country.

Al Qaeda has said it aims to destabilise Saudi Arabia, where there have been two other attacks on foreigners in less than a month. 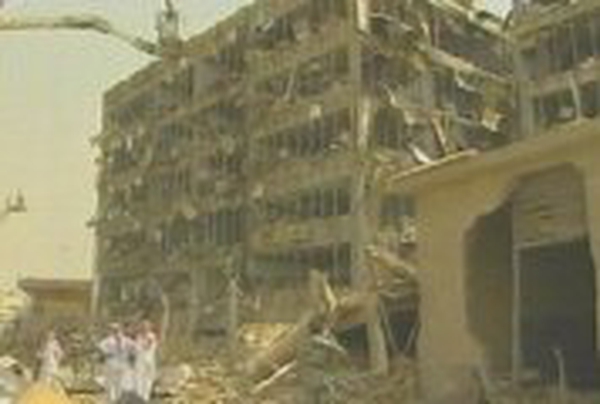