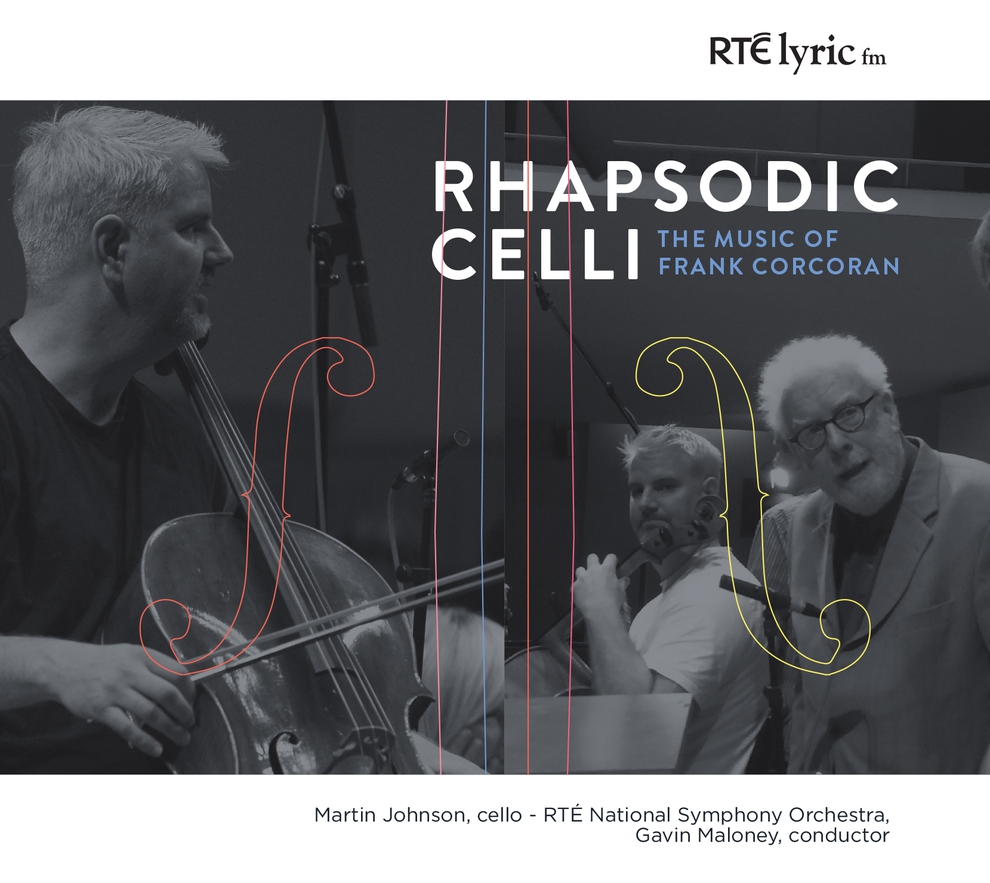 Soloist Martin Johnson explores Frank Corcoran’s writing for cello in all its nuances, from the swagger of a concerto and the rhapsodic polyphony of his work for eight cellos through to composer’s arrangements of folk tunes for cello and piano informed by the rhythmic patois of the Irish language.

Frank Corcoran has lived and taught in Germany for most of his professional life but has retained a profound connection with the literature and traditional music of his native country. It is this distance from and relationship with Ireland that informs so much of his music: directly, as in the case of his short Rhapsodietta Joyceana for solo cello and, more subtly, in the tensile interplay between soloist and orchestra in his first Cello Concerto.

Nowhere is this sense of place more evident, however, than in Corcoran’s Duetti Irlandesi for Cello and Piano which pay homage to his distant musical ancestor, the master harper Floirint Ó Corcorain. These traditional melodies would originally have been played on the Irish harp and the Composer says, "...have been haunting me since my rural childhood in Tipperary. I had long been appalled by the settings of old Irish melodies attempted by Beethoven, Haydn, Britten, Harty and too many other well-meaning composers: their often saccharine harmonies, their rhythmic iron corsets or indeed the foursquare form too often adopted." Instead, Corcoran has incorporated the freer sean nós or old-style singing rhythms and grace notes into his classically informed settings of these tunes so they become "... historical miniatures of my vanished Ireland."