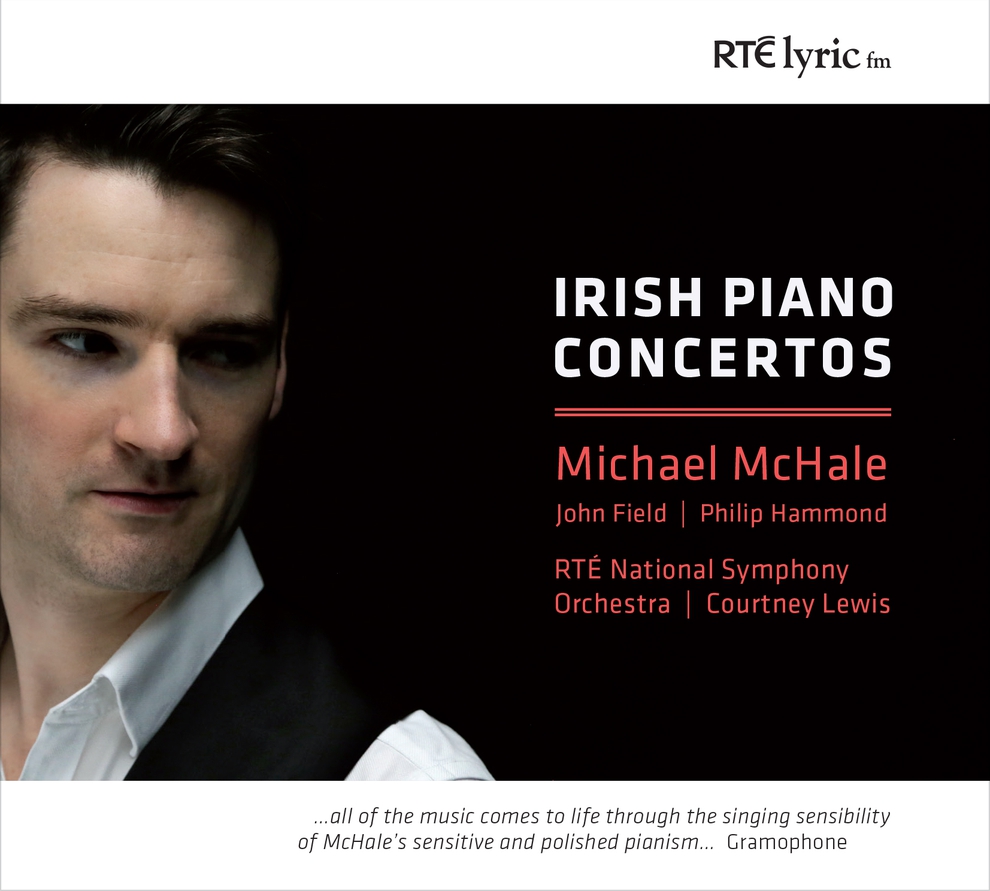 Michael McHale’s sold-out first album on the lyric label The Irish Piano has been described as ‘a scintillating recital…fascinating from start to stop’, whilst Gramophone praised ‘the singing sensibility of McHale's sensitive and polished pianism.’

Supported by the Arts Council of Northern Ireland, the award-winning pianist now joins forces with the RTÉ National Symphony Orchestra conducted by Courtney Lewis to explore two contrasting concertos by Irish composers, one old and one new. John Field’s Piano Concerto No. 3 is a lesser-known gem from the early Romantic era while Philip Hammond’s Piano Concerto, in a  premiere recording, is described by the composer as being “retro-Romantic...a bit of a journey from darkness to light.”

John Field was one of the first Irish musicians to make an indelible impression on the history of Western music. Celebrated during his lifetime as one of Europe’s leading pianists and renowned for his piano nocturnes, he also composed seven concertos. McHale has reworked Field’s Nocturne No.2 in C minor into a beautifully reflective interlude for piano and orchestra between the two original movements of the third concerto.

Belfast born composer Philip Hammond wrote his Piano Concerto for Michael McHale as a BBC Radio 3 commission in 2014. The first movement has a wonderfully dark, brooding intensity, whilst the second movement is deeply contemplative, but with occasional ecstatic outbursts. The final movement has an infectiously propulsive, headlong quality that is only interrupted at its climax by a dramatic cadenza based on music from the opening movement.