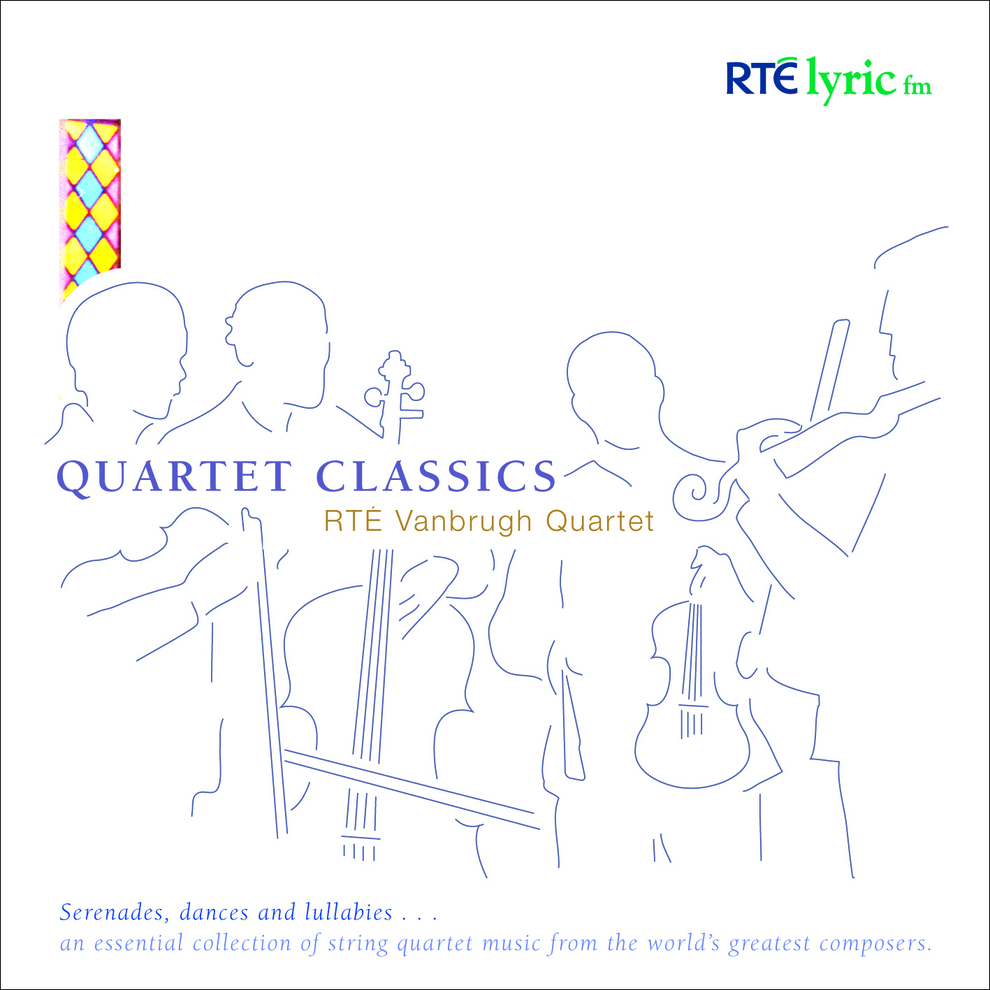 Quartet Classics was recorded in St. Colman's Cathedral, Cloyne, Co. Cork. Dating from around 1250, it has a marvellous acoustic and no extra reverb was added during the mastering of the CD: the Vanbrugh sound on CD exactly as they did during those three June days when the music was recorded.

Among the classics are Tchaikovsky’s timeless Andante Cantabile and Barber’s poignant Adagio as it was originally written for string quartet. There are waltzes from Dvorak and highlights from quartets by Haydn, Mozart and Mendelssohn. Twentieth century composers are represented by jaunty works from Shostakovich and Frank Bridge and a lullaby by Gershwin.

The RTÉ Vanbrugh Quartet is widely regarded as one of Europe’s finest and most successful string quartets. Appointed Resident Quartet to RTÉ in 1986, the group enjoys a thriving international career in performance and recording.