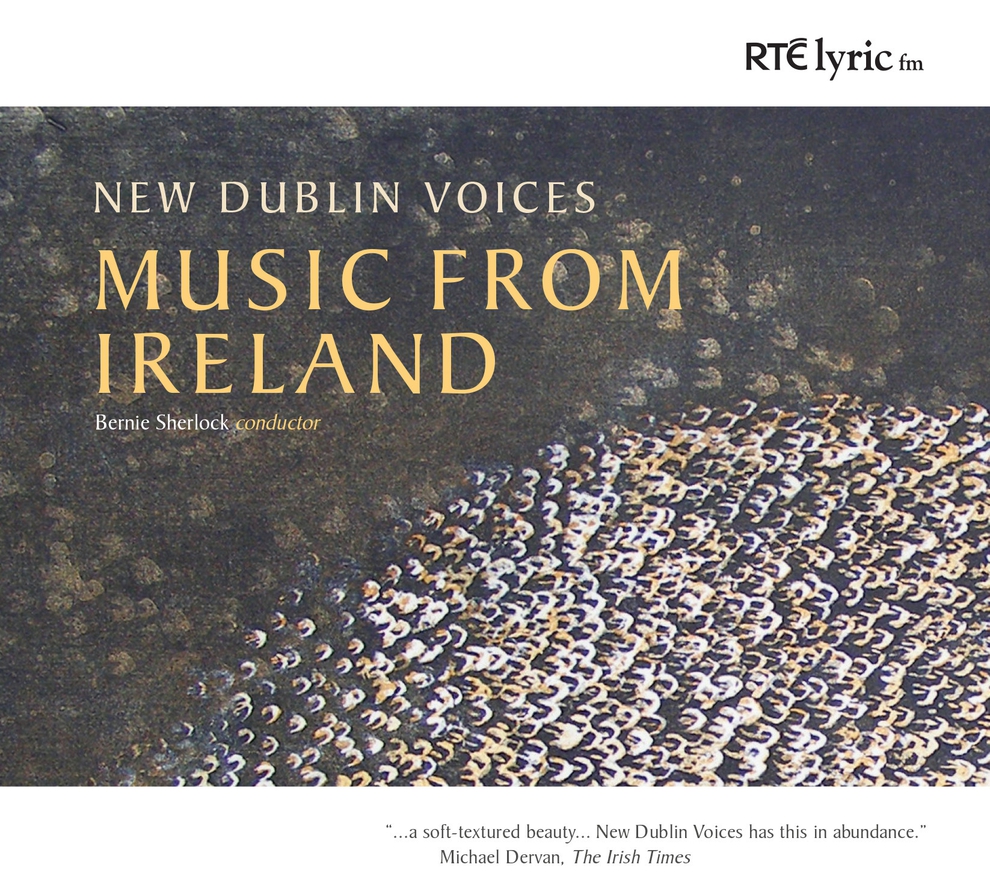 A choir at the top of its game is a wondrous thing to hear and latest CD from the lyric label New Dublin Voices: Music From Ireland, reveals a choir in tremendous voice. Featuring fourteen tracks written or arranged by Irish composers, this is collection of new music that is as accessible as it is beautiful.

With a mix of spiritual and secular music New Dublin Voices: Music From Ireland. the CD include Eibhlís Farrell’s Caritas abundant which give a rich and soaring makeover to 800 year old words about love. Beautiful arrangements of the traditional lullaby to the Christ child Suantraí ár Slánaitheora by Fiontán Ó Cearbhaill and Coventry Carol by Jonathan Nangle, are refreshing takes on the Christmas message. Anyone who went to primary school in Ireland will remember Beidh aonach amárach, here given a joyous interpretation by David Hayes that belies the text of a mother banning her daughter from going to the fair.

New Dublin Voices was founded by conductor Bernie Sherlock in October 2005. The singers who make up New Dublin Voices come from many backgrounds but share in common high levels of experience and musicianship, a commitment to attracting new audiences, and above all a love of performing excellent choral music.

The RTÉ lyric fm label is dedicated to promoting Irish musicians and composers worldwide. Its releases have been critically acclaimed nationally and internationally from Australia to Germany and the United States of America.