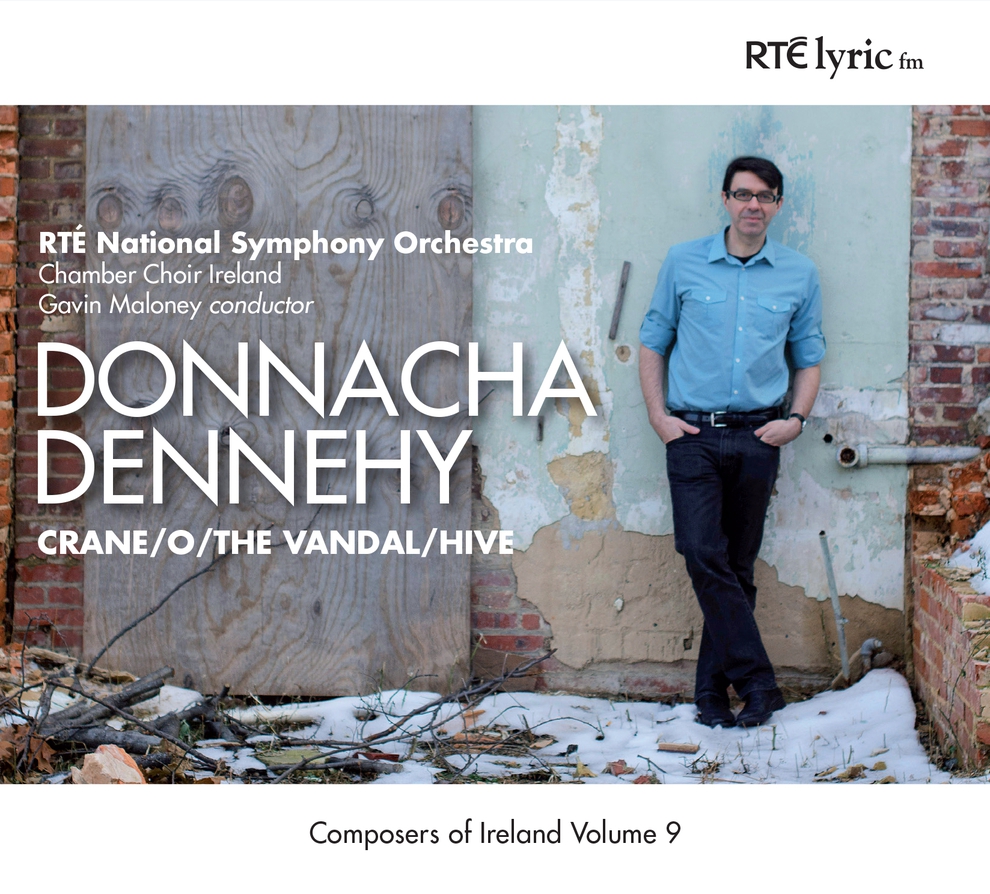 Born in Dublin in 1970, Donnacha Dennehy has been in the vanguard of Irish composers since he established the Crash Ensemble in 1997, a Dublin-based counterpoint to New York's Bang on a Can. Crash Ensemble is very much associated with the performance of many of Dennehy's landmark works, including the pieces Grá Agus Bás (with the singer Iarla O' Lionaird) and That the Night Come (with Dawn Upshaw).

Recorded with the RTÉ National Symphony Orchestra conducted by Gavin Maloney and featuring the Chamber Choir of Ireland, this is CD presents four compositions by Dennehy that span the decade from 2000 to 2009 and, together with the violin concerto Elastic Harmonic, represent his complete output for symphony orchestra to that time. They divide naturally into two pairs: The Vandal (2000) and O (2001-2) are a young composer’s music in the best sense of the term - bold, brash, discovering ideas as though for the first time - whereas Hive (2005) and Crane (2008-9) are works of a mature artist offering complex portraits of ambitious compositional landscapes.