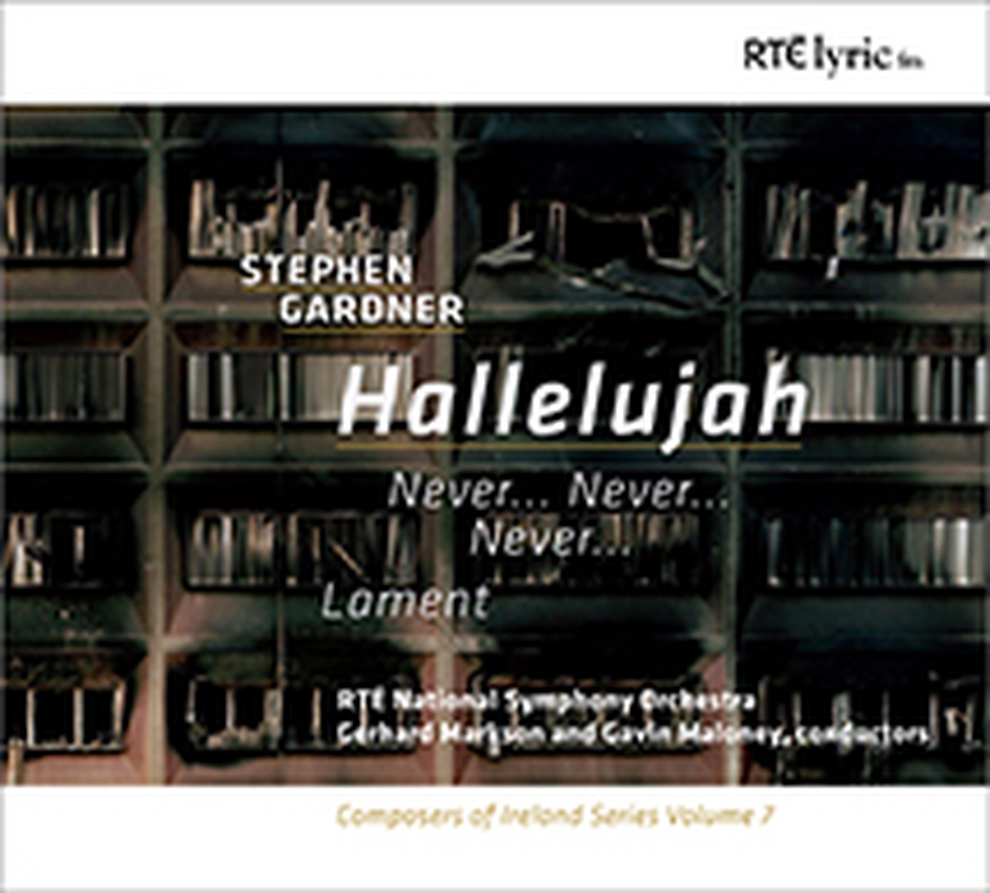 Never...Never...Never..., Gardner’s ‘musical interpretation of an imaginary painting’ by Frances Bacon of Ian Paisley, has been described by The Irish Times as “... a colossal work [whose] staggeringly relentless rhetoric still packs a fearsome punch.” This response points clearly to the way in which Gardner’s music has always resonated beyond the concert halls, whether political or personal in inspiration. The title Never...Never...Never... comes from a speech which Ian Paisley made against the Anglo-Irish Agreement of 1985.

Lament, written in response to the death of Gardner’s niece, is both tender and anguished. The cover image of Stephen Gardner: Hallelujah, a detail from Simon Norfolk's photograph The ministry of planning, Baghdad, reflects the motivation for the CD’s title track which Gardner composed in response to the invasion of Iraq in 2003: its use ironically juxtaposes the brutality of war with the allusion to God in the title Hallelujah.