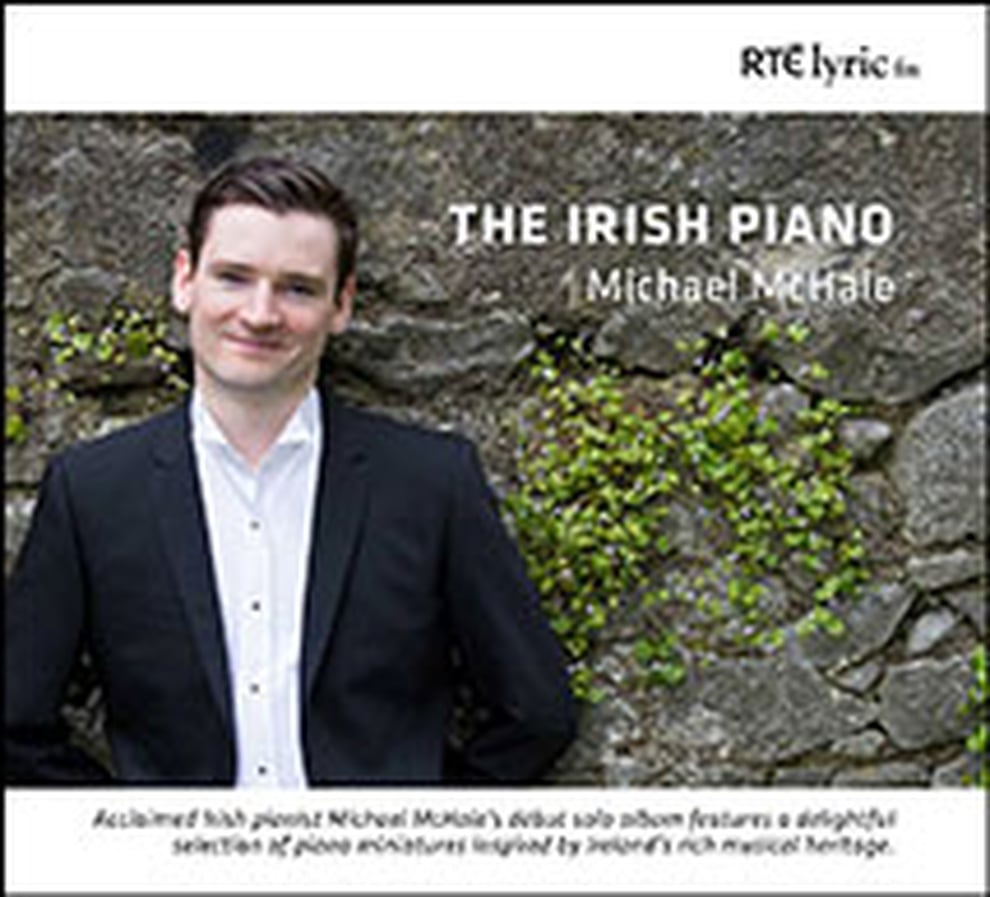 ORDER NOW
The Irish Piano opens with Michael’s own arrangement of one of the earliest notated Irish melodies dating from the 16th century, Cailín ó cois tSuire Mé (I am the girl from the banks of the river Suir). In the English-speaking world it was known as ‘Callino Custurame’ and was originally believed to be of Italian origin.

Following on from this are two nocturnes by John Field, who coined the term and did so much to raise the bar for Irish classical music in Europe. These are complemented by Samuel Barber’s Nocturne, written as an homage to Field, and a first ever recording of the young Arnold Bax’s Nocturne, as well as music from another Irish-influenced composer Percy Grainger and the Waterford-born virtuoso William Vincent Wallace.

More first recordings on The Irish Piano of pieces by Bill Whelan, Ian Wilson and Philip Hammond are testament to the diversity of musical styles and voices that can be found in Irish contemporary piano music today. Add to these Michael McHale’s own unique arrangements of some of the country’s best loved traditional airs, and you have a CD that is an accessible and engaging must-buy for anyone interested in Irish music.

Michael McHale says in his booklet notes to the collection: Altogether I hope it provides and interesting cross-section of the many different facets, musical styles and personalities that form the world of ‘The Irish Piano’.

…an elegant sensibility, and bright, even-fingered articulation that was instantly engaging…
Hilary Finch, The Times