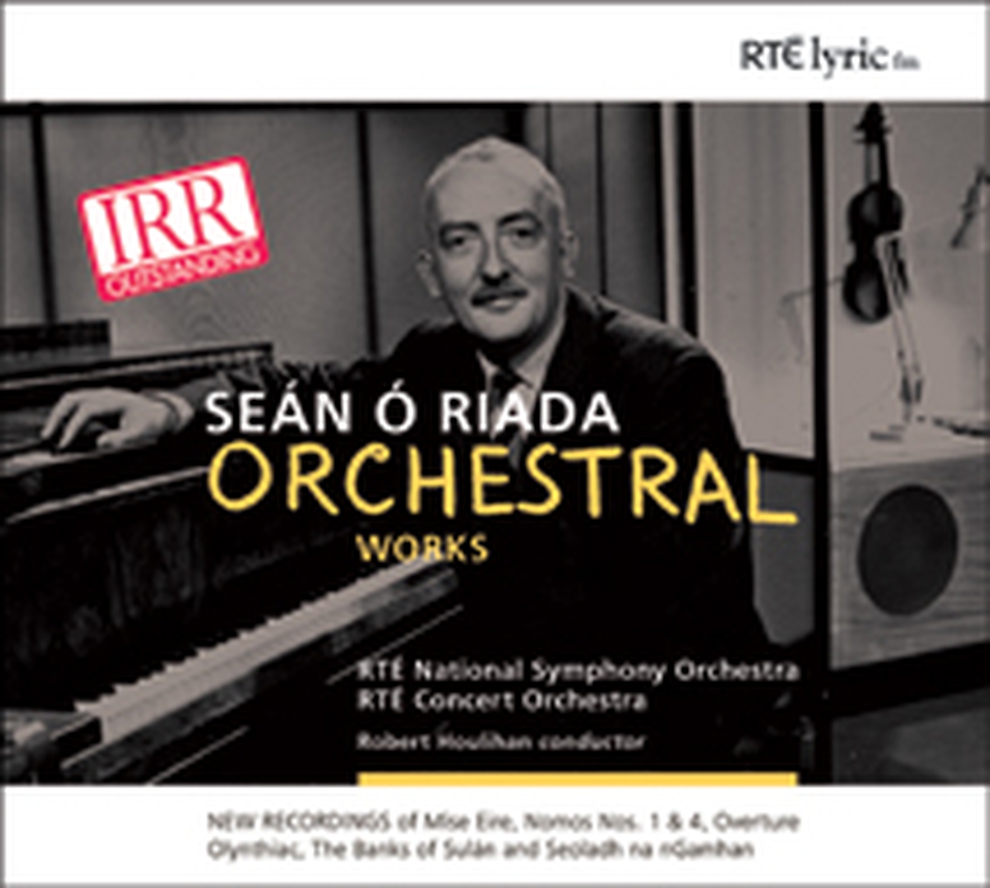 Seán Ó Riada’s role in the promotion and development of Irish traditional music is well known, particularly in his work with Ceoltóirí Chualann. What can tend to be overlooked, however, was his ambition to create orchestral music in the European tradition. These compositions predated and, it may be argued, underpinned all of his activities in traditional music. As he said himself, ‘it is my composition that gives meaning to my existence’.

Nomos No.1 and his film score to Mise Éire were the most successful of his orchestral works and are presented on Seán Ó Riada: Orchestral Works in wonderful new performances with the RTÉ National Symphony and the RTÉ Concert Orchestra. Of Nomos No.1 one commentator, while noting its debt to the European tradition, wrote that ‘…it was unmistakably the work of a great Irishman and could have been written by no-one else’.

Nomas No.4 features Irish pianist Cathal Breslin and is unashamedly modern in conception and in the clarity of the writing for strings. Although it was composed over fifty years ago, there are echoes of Arvo Pärt’s bell-like tintinabulation in some of the piano passages. The other two works on Seán Ó Riada: Orchestral Works The Banks of the Sulán and Seoladh na nGamhan (The Herding of the Calves) are both pastoral in character. These complement perfectly the live bonus track, Noel Kelehan’s orchestral arrangement of Ó Riada’s original piano arrangement of Mná na hÉireann (Women of Ireland) sung by Seán Ó Sé.