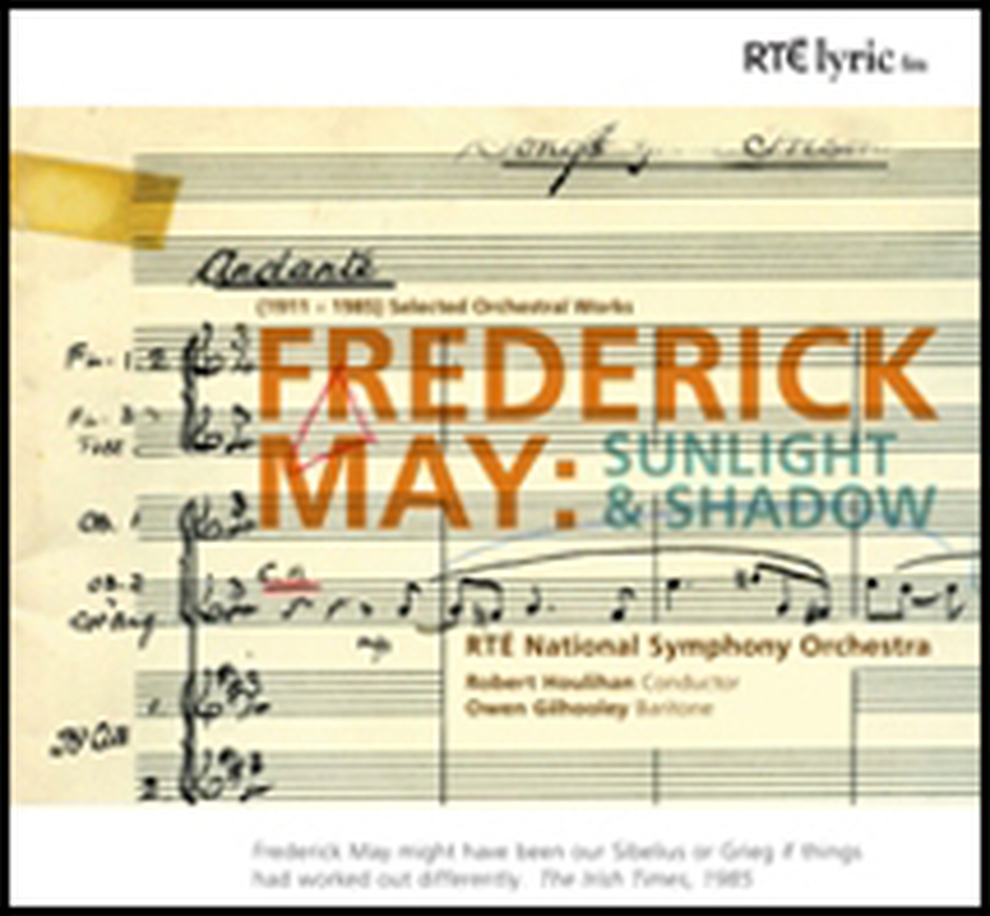 Frederick May: Sunlight and Shadow

Frederick May: Sunlight and Shadow performed by the RTÉ National Symphony Orchestra and conducted by Robert Houlihan, marks the first significant orchestral release of the music of one of the most important figures in Irish music during the mid-20th century. The release has been timed to coincide with the 100th anniversary of May’s birth. According to his contemporary Brian Boydell, ‘…he led the way for so many of us’. Frederick May looked to Europe for inspiration, representing the forward looking group of Irish composers active from the 1930s in contrast to the increasing cultural isolationism cultivated by the leaders of the young Republic at that time.

One of May’s finest achievements was his Songs from Prison, a moving and disturbing reflection on the dangers facing individual freedom under the threat of Nazism in the 1930s. Influenced by the time he spent in Vienna around then, the original German text was by the Jewish socialist playwright Ernst Toller, who died by suicide in 1939.

Towards the end of his life, May was dogged by deafness, alcoholism and mental illness but he never lost faith in his craft. Frederick May: Sunlight and Shadow is a fitting testament to a man who wrote about being a composer thus: ‘One should follow one’s own star with humility and patience, wherever it may lead.’