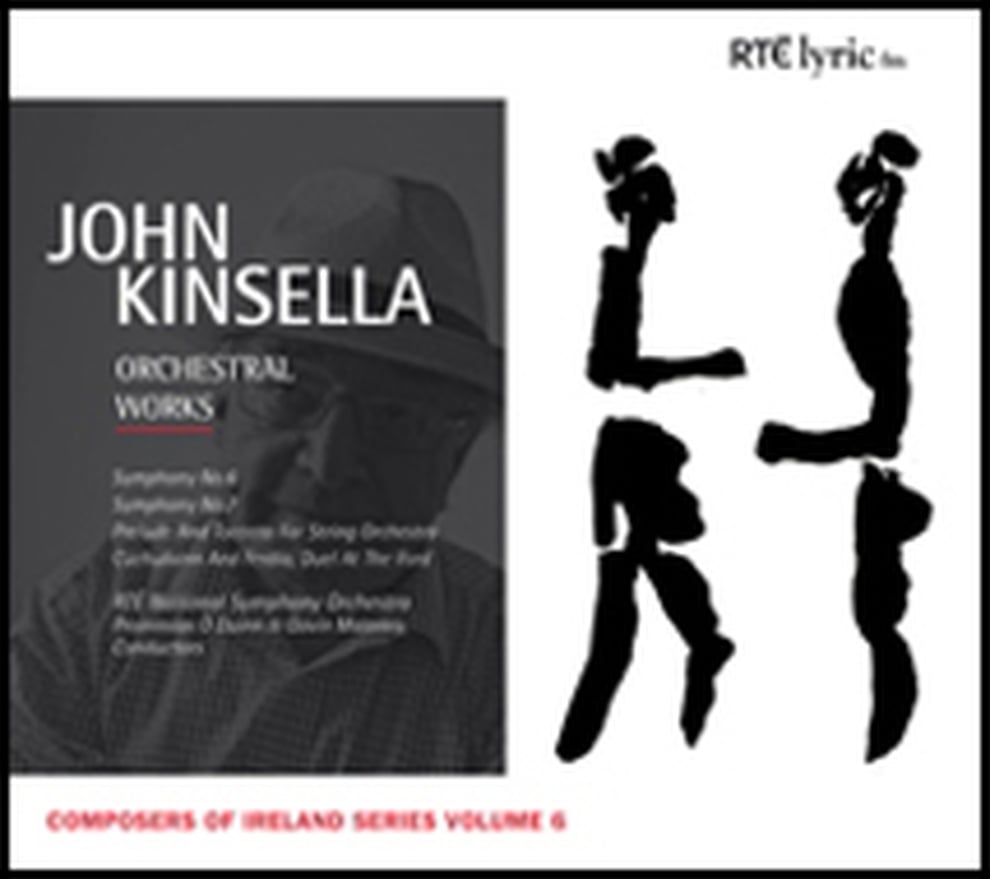 John Kinsella has been described as “… the most significant Irish symphonist since Stanford” by BBC Radio 3. He has written over twenty-one compositions for orchestra including nine symphonies, works which have been performed by the RTÉ National Symphony Orchestra and major orchestras throughout the world.

The impulse to create music has been with Kinsella since he was a child, studying pocket editions of the scores of Sibelius and Beethoven. In 1988 he retired from RTÉ to concentrate on composition full time. The earliest piece on John Kinsella: Orchestral Works is his Symphony No.6, a celebration of friendship and shared musical interests dating from 1992.

Kinsella himself admits that Symphony No.7, while very much written in his own style, contains deliberate points of contact with Sibelius’ 7th Symphony. The live recording here of this work reveals it to be a rhythmically dynamic and engaging work.

The other two compositions on John Kinsella: Orchestral Works are Cúchulainn and Ferdia: Duel at the Ford and Prelude and Toccata for String Orchestra, the latter originally written as a string quartet for the 2007 West Cork Chamber Music Festival. Cúchulainn and Ferdia, whose title is echoed by the Louis le Brocquy work on the CD cover, received its world premiere at a Gala Concert celebrating the 60th anniversary of the RTÉ National Symphony Orchestra on 4th April 2008.

Aodán Ó Dubhghaill, Head of RTÉ lyric fm, described the Composers of Ireland series of CDs on the lyric label as: “A prime example of what can be achieved when state funded organisations work in partnership. This series is receiving very positive critical reviews and is promoting the work of Irish composers at home and abroad. We are delighted that German national radio has just recently completed a programme on a range of classical music in Ireland based solely on releases from the RTÉ lyric fm label.”