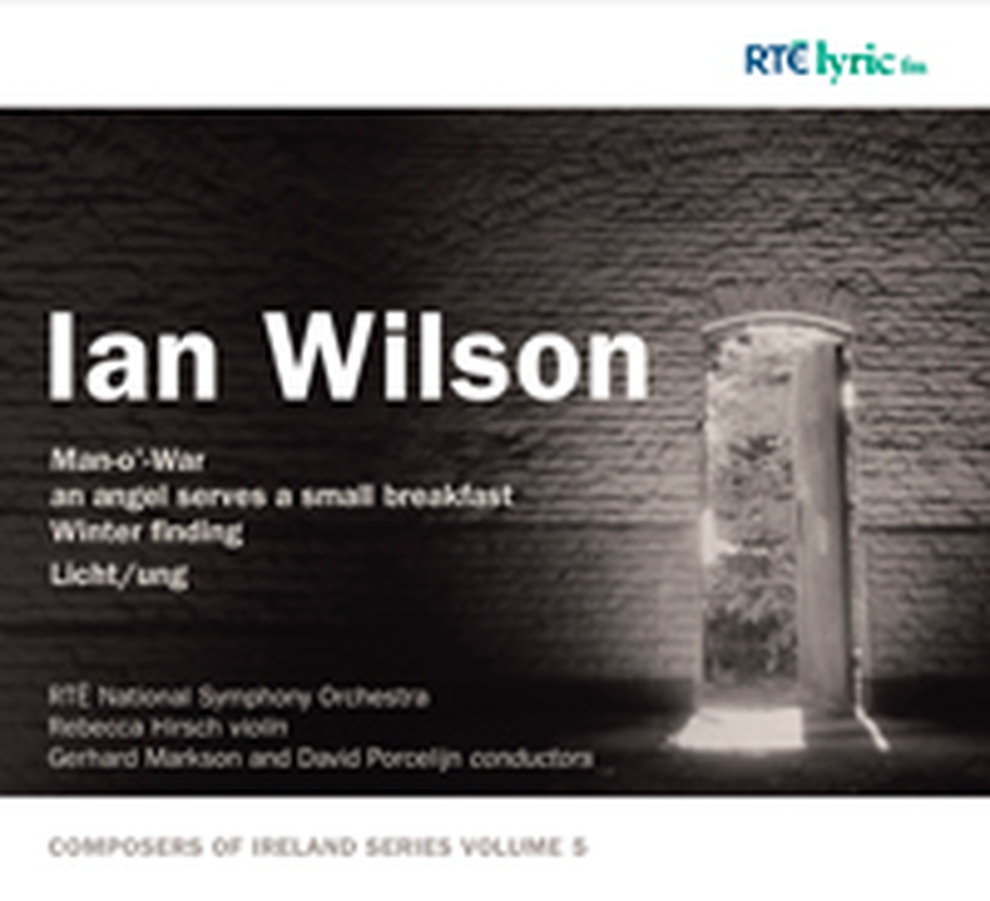 "After recent discs of Ian Wilson's string quartets and works for string orchestra, this strikingly well-performed collection shows the northern Irishman working with a much more vivid instrumental palette."
The Guardian

Volume 5 of the Composers of Ireland series promoting the orchestral works of Irish composers.
Funded by RTÉ and The Arts Council

RTÉ and the Arts Council are proud to release Ian Wilson: Winter Finding features four orchestral works by the Belfast-born composer, performed by the RTÉ National Symphony Orchestra with conductors Gerhard Markson and David Porcelijn and soloist, Rebecca Hirsch, violin. Already it has been garnering critically positive reviews with Andrew Clements calling it a “strikingly well performed collection” in The Guardian. Released on the RTÉ lyric fm label, this CD is Volume 5 of the Composers of Ireland series promoting the orchestral works of Irish composers and funded by RTÉ and The Arts Council.

Ian Wilson has been described as “…a composer of imaginative resource and a sure formal sense…has the gift of making even the barest ideas interesting.” Gramophone magazine. Featured on Ian Wilson: Winter finding are Man-o’-War (2001) and three works looking to the visual arts as starting points: an angel serves a small breakfast (1999), Licht/ung (2004) and Winter finding (2004/5).

Man-o’-War (2001) was commissioned by the BBC for performance at the 2001 BBC Proms. The work is truly a festival commission, a showpiece for the players and composer with the title being a descriptive one, referring both to the historical battleship and the poisonous jellyfish.

an angel serves a small breakfast (1999), Wilson’s second concerto for violin and orchestra, sees Wilson turning to the visual arts, in particular Paul Klee’s lithograph Ein Genius serviert ein kleines Frühstück (1920). On this recording, the soloist is Rebecca Hirsch, for whom the work was written and who gave the performance première in 2000 at the Cheltenham Festival.

Licht/ung (2004) was written in response to a commission from the 2004 Venice Biennale. In it Wilson turned again to the visual arts, this time to Shomei Tomatsu’s 1961 series of photographs of atomic bomb damage in Nagasaki.

Winter finding (2004/5) was commissioned by RTÉ and first performed by the RTÉ National Symphony Orchestra under conductor Gerhard Markson. It has its expressive origins in Cy Twombly’s Quattro stagioni. In this case however, Wilson did not compose immediately in reaction to these paintings, but commissioned Lavinia Greenlaw – librettist for his two operas – to write a four-part poem that could mediate between him and Twombly.