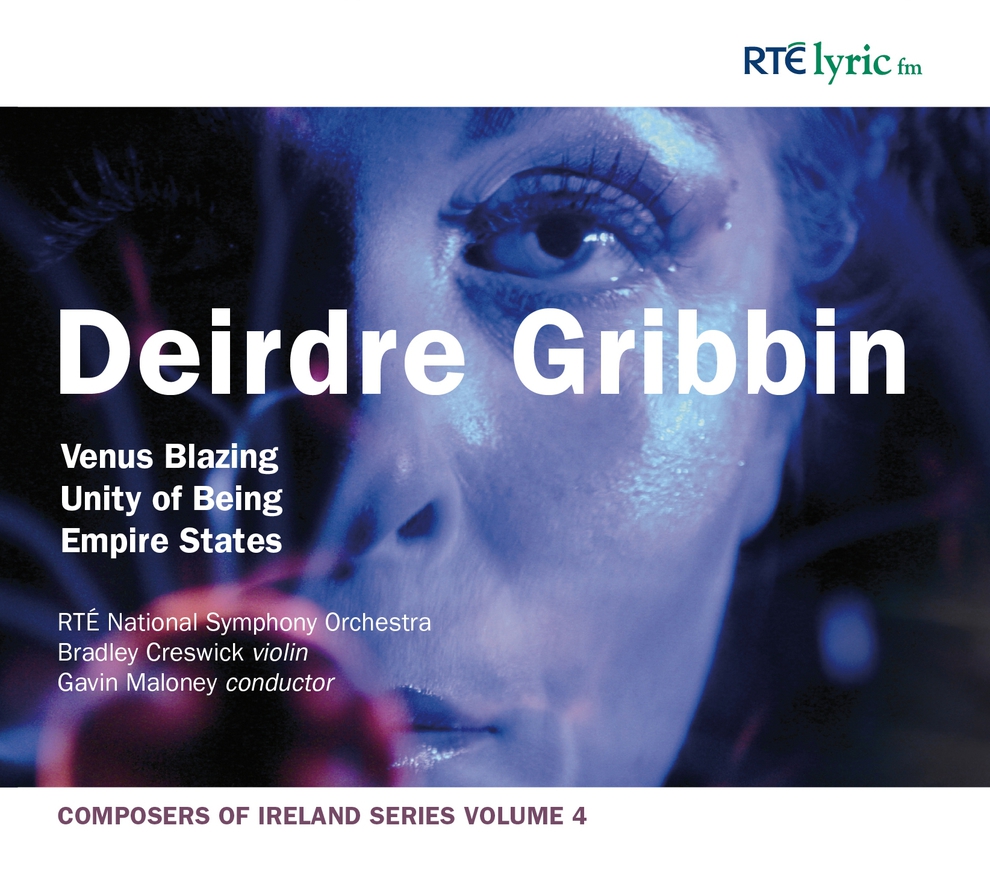 Irish composer Deirdre Gribbin has been hailed as "a charismatic and intriguing new voice in contemporary music", Paul Conway - The Independent. VENUS BLAZING is the first time three of her major orchestral works have been brought together on one CD. Released on the RTÉ lyric fm label and performed by the RTÉ National Symphony Orchestra with Bradley Creswick, violin and conductor Gavin Moloney, the premiere of the title violin concerto was described by The Guardian as "less a terrestrial concert than an interplanetary event".

Born in Northern Ireland at the start of the Troubles, Deirdre Gribbin admits that growing up in Belfast in the 1970s has influenced her work and that she continues to be conscious of the social, political and environmental world in which she writes her music. The awareness gained a particular resonance when her composition Unity of Being was premiered at and gave its name to a festival in New York in the wake of the 9/11 attacks.

And yet she is no brute-realist. The third composition on this new release Empire States is a celebration of the Big Apple from all the potential of a Manhattan sunrise to the noise and pulse of a city at the centre of the Western World.

DEIRDRE GRIBBIN: VENUS BLAZING joins a growing stable of releases from RTÉ lyric fm, a label that is getting critical acclaim from reviewers at home (The Sunday Business Post / The Irish Times / JMI) and abroad (Gramophone / The American Record Guide / The Strad/ Classical Music Magazine).