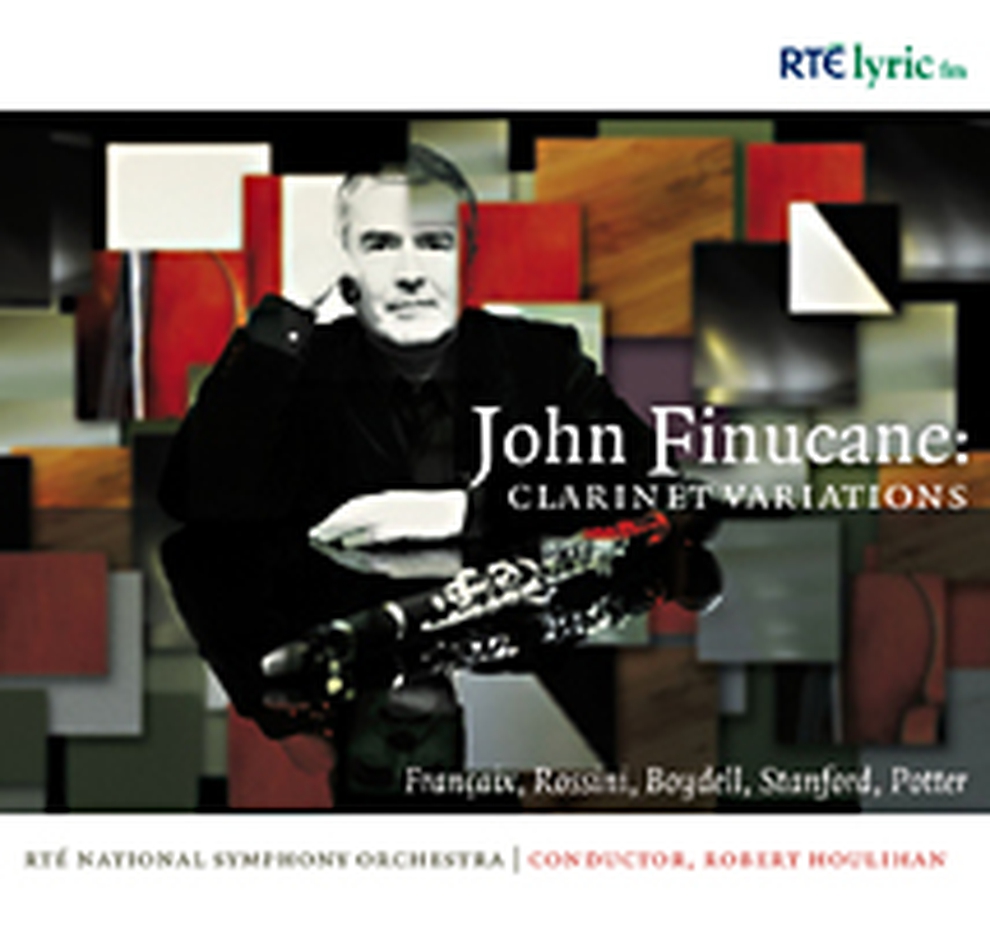 John Finucane has wowed Irish audiences for decades with his superlative clarinet playing. Now the legendary Irish virtuoso has committed his work to CD for the first time in his career.

John Finucane has been the principle clarinettist of the RTÉ National Symphony Orchestra since 1995. Yet due to his orchestral, chamber and teaching commitments it is only now that John has found the time to record a CD to centre stage his abilities.

The music on John Finucane: Clarinet Variations reflects John's musical interests and education: 'It is hard to resist the challenge of a piece that was described by the great clarinettist Jack Brymer as remaining unplayable until the shape of the human hand evolves,' Finucane says about recording the Françaix Concerto for Clarinet and Orchestra alongside the better known Stanford Clarinet Concerto and Rossini's Introduction and Variations.

John has always been a champion of Irish composers and there is a real feeling of connection with the native music of Ireland on the CD. As well as the Stanford composition, Brian Boydell's Elegy and Cappricio and Archibald Potter's Fantasy for Clarinet and Strings are included. These works reflect a true sense of place while also being utterly connected with early and mid-twentieth century musical life in Europe.