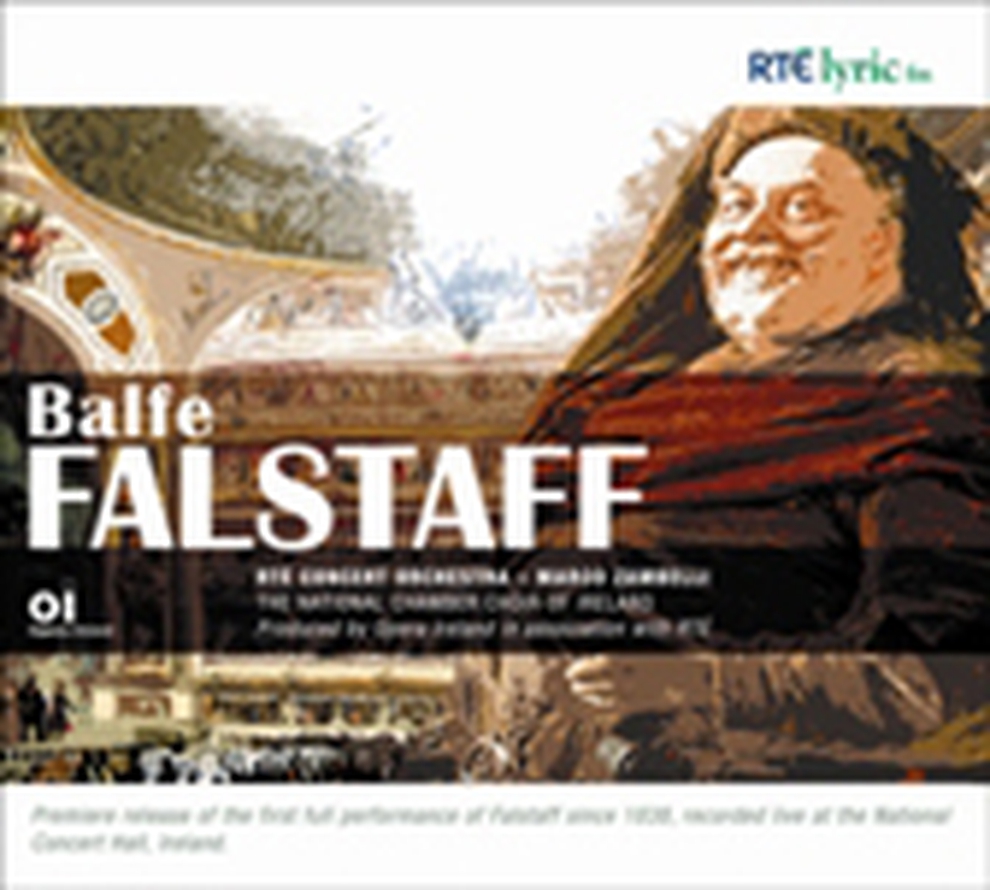 On Thursday September 25th 2008, Opera Ireland and RTÉ celebrated the bicentenary of the birth of Michael William Balfe by presenting the first performance of the composer’s comic bel canto opera Falstaff since its hugely successful première in London in 1838.

Critics praised unanimously praised the production with The Irish Times lauding the ensemble performances. Maestro Marco Zambelli showed a unique empathy with the music while The National Chamber Choir of Ireland provided a full-voiced chorus.

This live performance of Balfe’s Falstaff is now available on the RTÉ lyric fm label and is a must have for record collectors and lovers of opera everywhere.