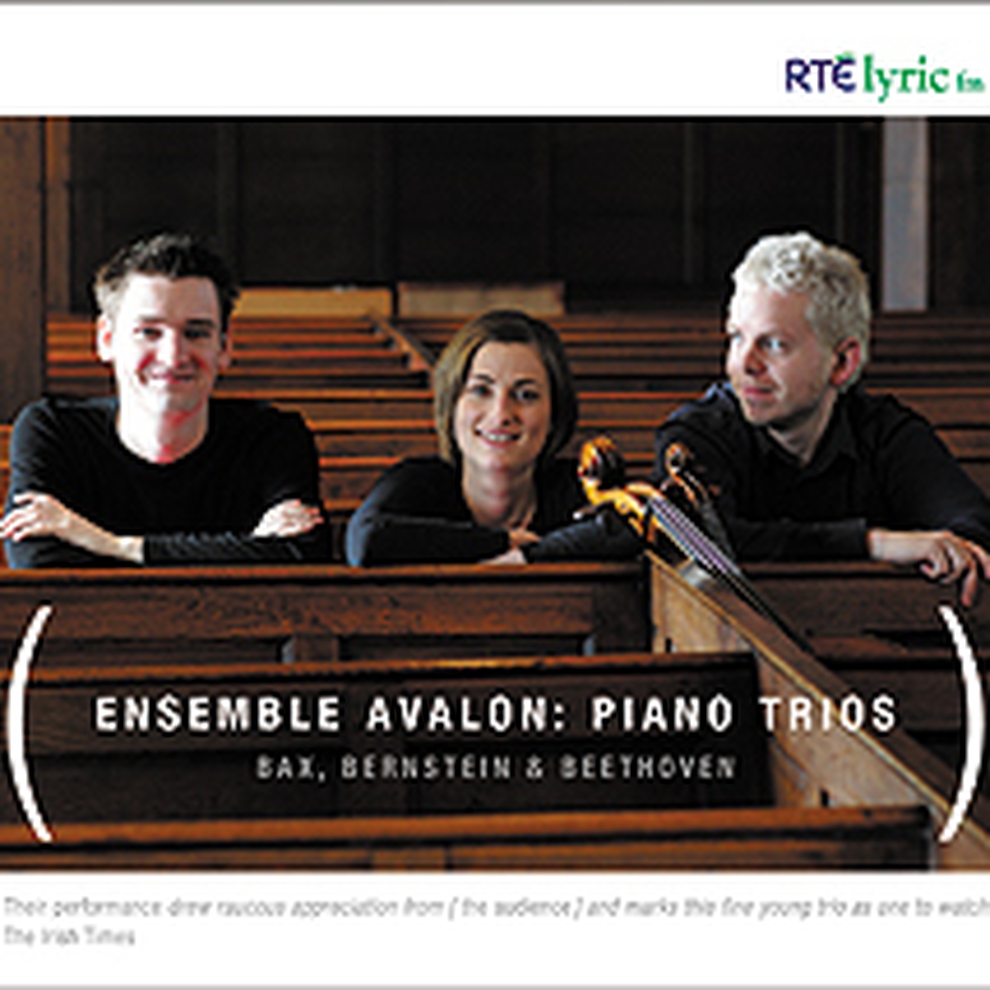 Their performance drew raucous appreciation from [the audience] and marks this fine young trio as one to watch...The Irish Times

This CD of PIANO TRIOS on the RTÉ lyric fm label is the debut release from one of the most exciting classical music groups to have emerged from Ireland in recent years. ENSEMBLE AVALON has garnered universal praise for their interpretation of repertoire ranging from Fauré, Ravel and Beethoven to Korngold, Franck and Bernstein.

The Irish Examiner lauded their technical, musical and emotional maturity; The Sunday Business Post stated that it would be hard find a better reflection of the flowering of musical talent in Ireland than Ensemble Avalon; The Irish Times says that the group's sense of balance seemed to extend beyond mere volume levels to deeper issues of performing style.

On ENSEMBLE AVALON: PIANO TRIOS all of these qualities come to the fore in three very different but complementary works by Bax, Bernstein and Beethoven. The first composition by Anglo-Irish composer Arnold Bax has rarely been recorded, while Bernstein’s composition is a little known example of his brash youthful style. Beethoven’s ‘Ghost’ Trio is a cornerstone of the repertoire that receives a fresh insight on this recording.