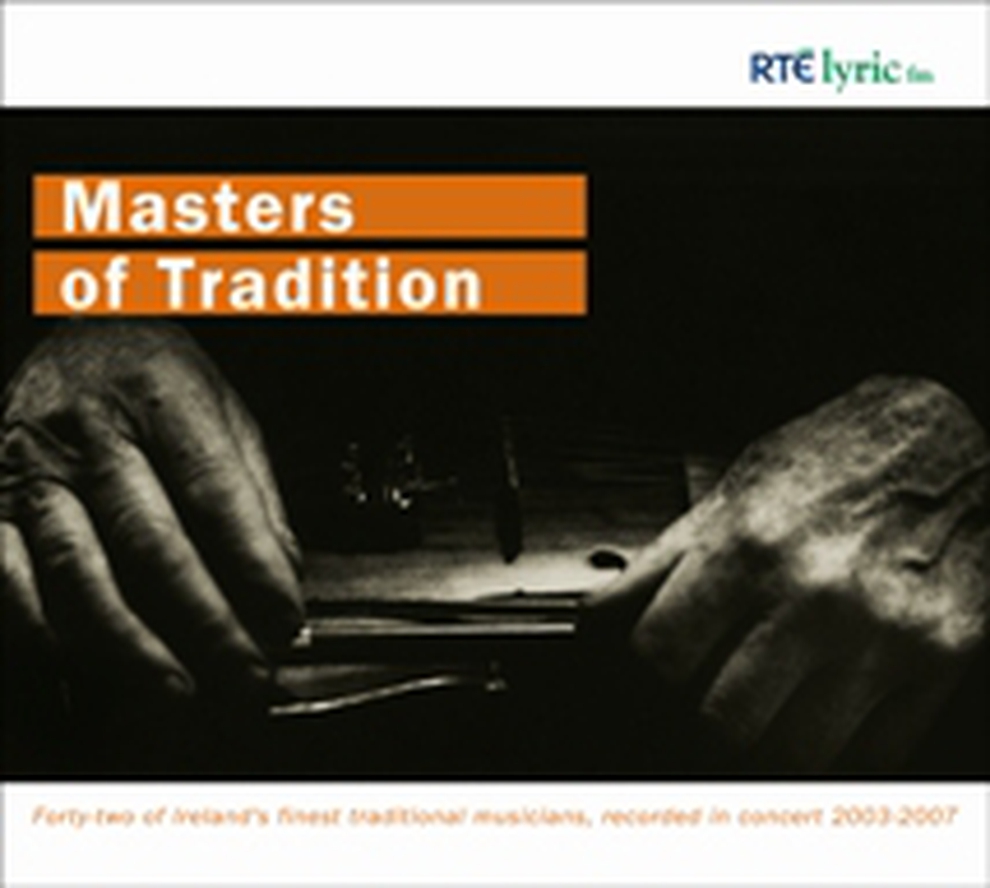 Forty-two of Ireland's finest traditional musicians, recorded in concert 2003-2007. The MASTERS OF TRADITION is a double CD featuring many of the country’s finest musicians. Martin Hayes, Denis Cahill, Donal Lunny, Frank Harte, Tony McMahon, Mary McNamara, Peadar O’Loughlin and many more. The force exerted by the past on the present – a definition of the word ‘tradition’ taken from Webster’s dictionary and, in the context of traditional music, a powerful and pithy analysis of the strength and potency of this magnificent art.

The Masters of Tradition Festival is all about acknowledging this force: the music is allowed to declare itself purely and proudly in the glorious acoustic of the Library in Bantry House, West Cork. Since the Festival began it has been recorded for broadcast by RTÉ lyric fm and thirty-one of the highlights from the festival have been selected for the MASTERS OF TRADITION double CD. Two of the musicians featured on this collection are no longer with us – Frank Harte and Kitty Hayes – and it is truly an honour to be able to include them in this collection, an outstanding document of some nights of extraordinary music-making.