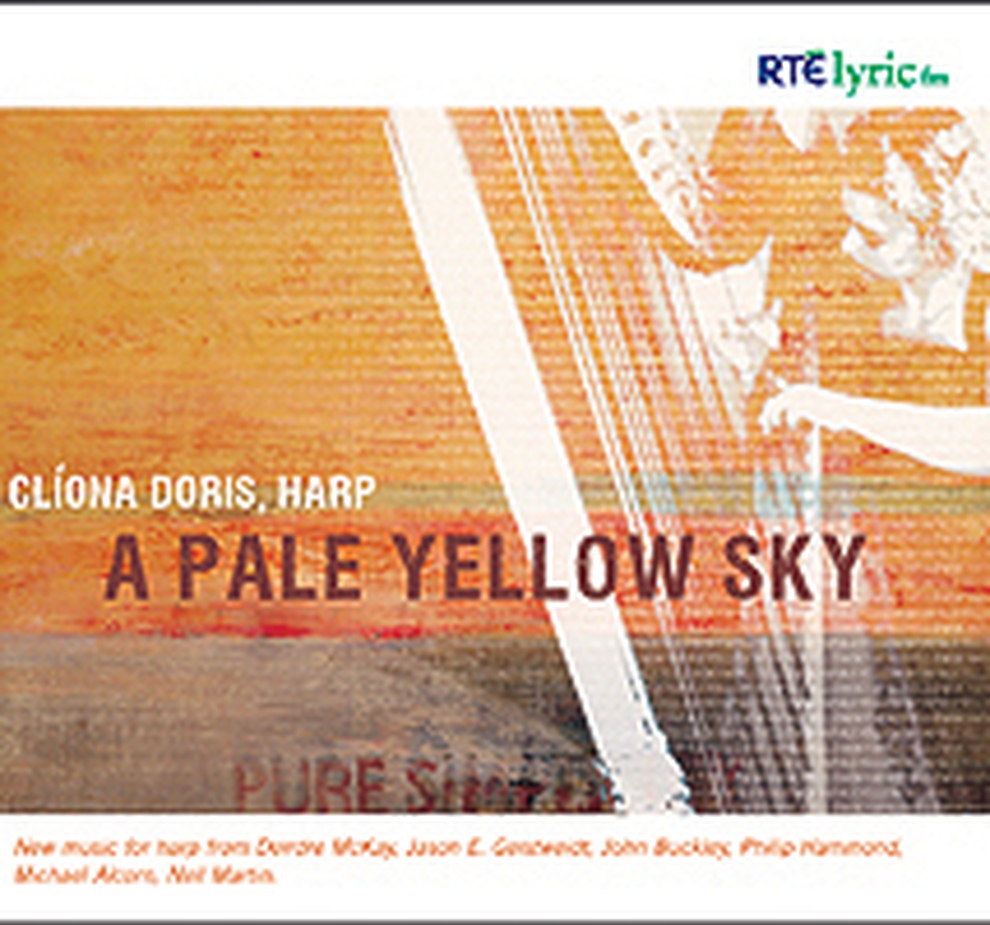 The harp is Ireland’s national instrument, most closely associated with the baroque gentility of the music of Carolan and Handel. On A PALE YELLOW SKY one of the world’s leading harpists, Cliona Doris, demonstrates that its range is much more than this as she explores the contemporary music of Ireland through works written for concert harp by six of the country’s foremost composers.

The title track is a series of musical meditations that draws the listener into composer Deirdre McKay’s source of inspiration, a series of haiku. American based Jason E. Geistweidt’s work, like that of Michael Alcorn’s, displays how the unique sounds of the harp can combine with and be transformed by electronics to create a whole new, engaging soundscape for the listener. While the inspiration for A Question About Angels is a poem that wonders about how many angels can dance on the head of a pin although the composer’s own query is how angels play their harps (if at all)? The composers of these and all the other works on A PALE YELLOW SKY employ a wide array of musical styles and approaches to instrument, each of which Cliona tackles with artistry and beguiling technical skill.