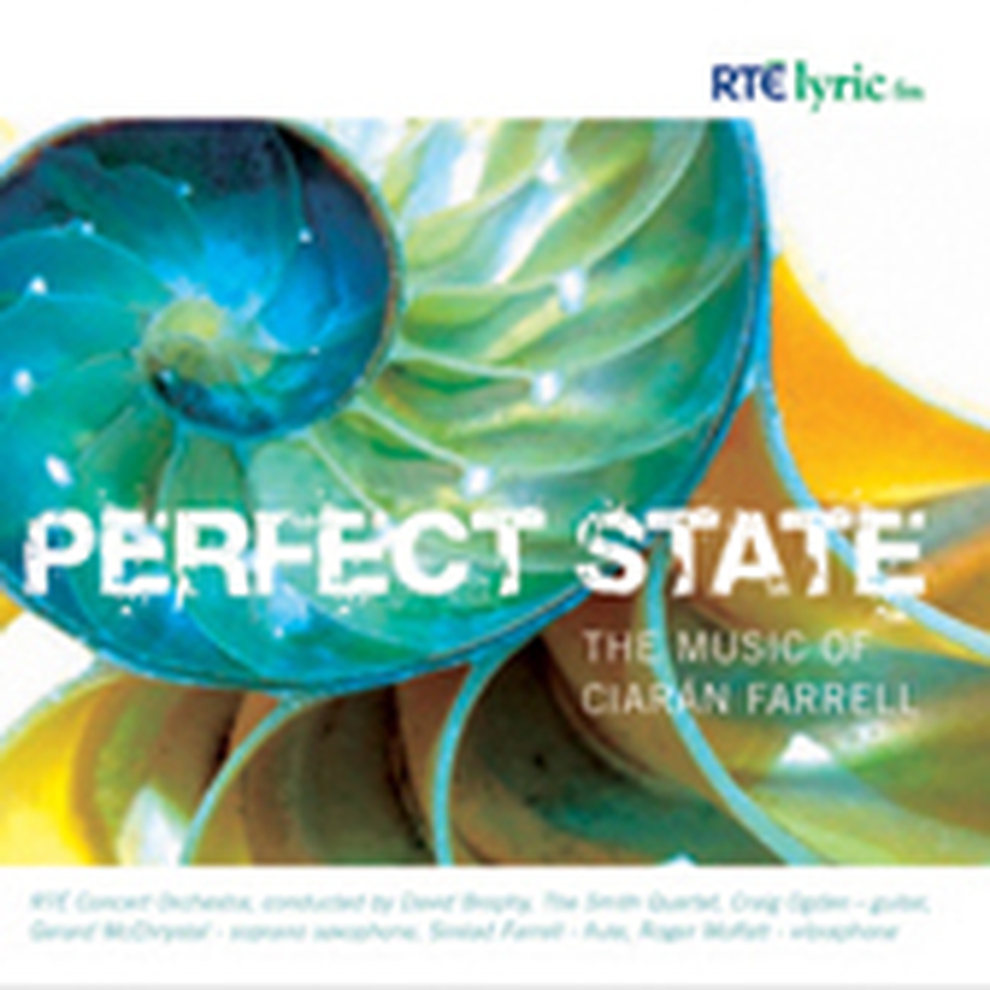 Melodic, rhythmic, contemporary and accessible – these are just some of the words that capture the beauty of Ciaran Farrell’s music. Born in Dublin, he graduated in 1997 with a degree in composition from Trinity College Dublin determined to write music that would appeal to an audience as familiar with the music of U2 as with symphonies of Beethoven.

Ciaran has written music for C4, Discovery, RTÉ, TG4, Littlebird and Non-Fiction Films and for many commercials including the highly successful Heineken and Shell campaigns.

PERFECT STATE reveals the full depth and creativity of Ciaran’s music from the pulsing string melodies in the title track, to the magical guitar and sax playing of Craig Ogden and Gerard McChrystal on The Shannon Suite a composition which the BBC Complete Guide to Classical Music described as mesmeric.
As the first full recording of Ciaran Farrell’s music, PERFECT STATE features a wealth of Irish and international talent including the RTÉ Concert Orchestra, conducted by David Brophy, The Smith Quartet, Craig Ogden – guitar, Gerard McChrystal - soprano saxophone, Sinead Farrell – flute, and Roger Moffatt – vibraphone.