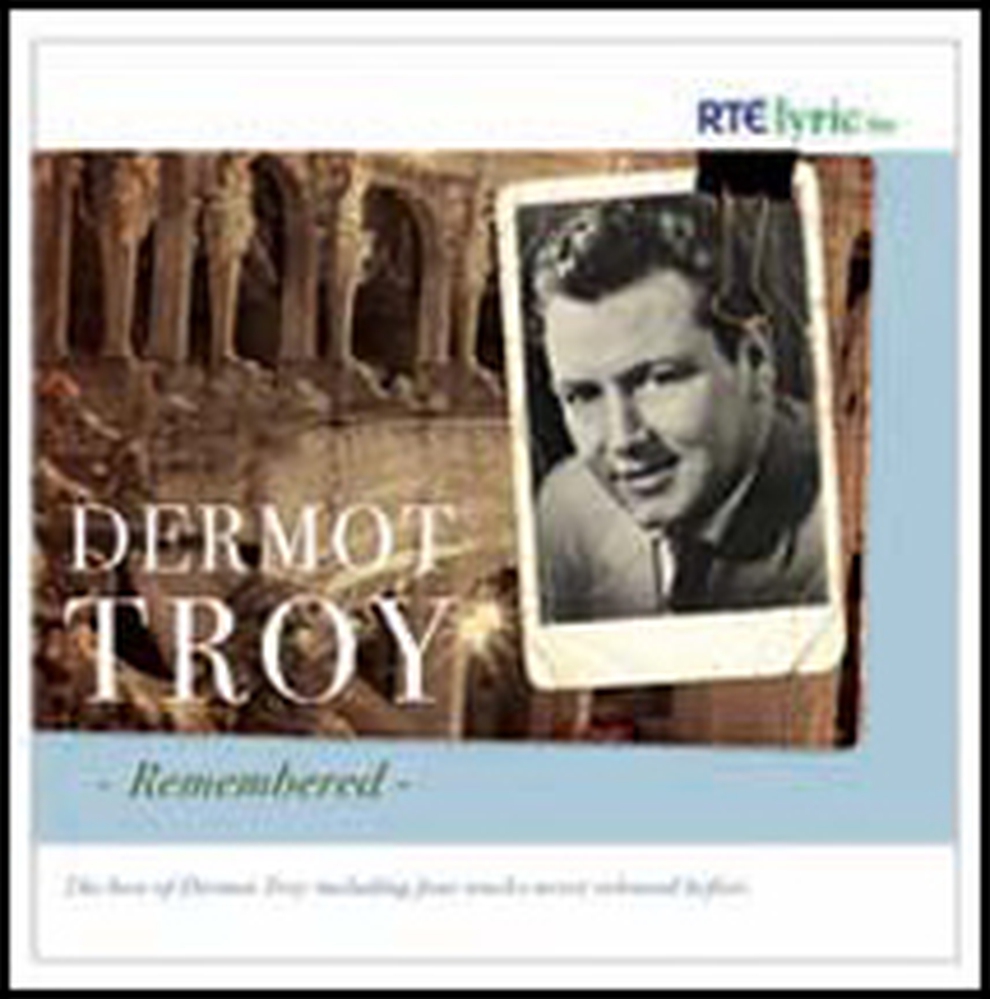 Dermot Troy (1927-1961) is acknowledged as Ireland's finest lyric tenor since John McCormack. By the time of his sudden death in 1962 he had gone on an extraordinary journey from singing as a member of a musical group in Inchicore to performing as the principle lyric tenor of the Hamburg Opera House company, one of the most prestigious in the world. He only recorded three LPs, all of which are out of print.

DERMOT TROY REMEMBERED is the first digitally re-mastered CD featuring his legendary voice, including four previously unreleased songs from the archives. We hear him sing in Irish in Fleischmann’s Lament for Owen Roe, in English in a selection of favourites from Thomas Moore to Ivor Novello, in Italian singing familiar Neapolitan songs and we hear him in German singing Lehar and his beloved Mozart.

Dermot Troy had shared a stage with some of the most famous sopranos of the twentieth century, including Maria Callas, Joan Sutherland and Elizabeth Schwartzkopf. All acknowledged his potential. DERMOT TROY REMEMBERED is a fitting tribute to a singer who whose career ended tragically early.