Now that Simon Harris has confirmed that the Easter Bunny is an essential worker, it's time to make plans for Easter.

Important news for children: Many of you contacted me & asked me to if the Easter Bunny was allowed work this weekend. I have checked with our top doctors & the good news is he can. But he has been contacted to remind him about washing his hands regularly & keeping his distance

Although you can’t ‘cancel’ Easter the way you can cancel a sporting event, it’s fair to say that most celebrations will be muted.

However, we have found a few family days out to help you mark the weekend – from the safety of your front room…

Of all the places you’re not currently allowed to visit, theme parks might be among the most forbidden. The thronging crowds, winding queues and much-handled rides would be a nightmare in the pandemic, but one YouTube channel is helping housebound families capture at least a portion of the thrills.

Virtual Disney World serves up 360-degree recordings from Disney’s flagship attractions, such as Slinky Dog Dash, Expedition Everest, and the Twilight Zone Tower of Terror. The rides are at their best with a VR headset, and perhaps a strategically placed electric fan. 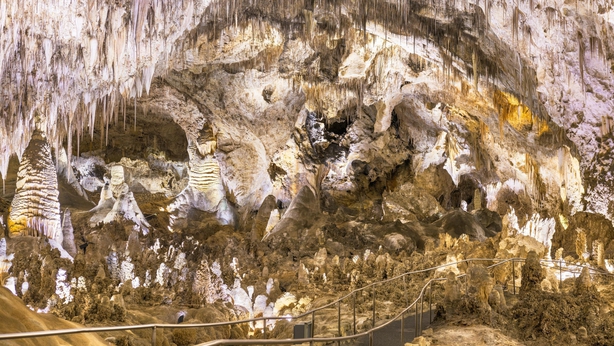 You may wish you could spend your virtual Sunday outdoors, but if you can suspend cabin fever momentarily, one of the internet’s most intriguing tours takes place deep beneath the rock formations of New Mexico.

The Carlsbad Caverns tour takes you down into the largest subterranean chamber in North America, the so-called ‘Big Room’ filled with stalagmites and tites, and will put you behind the eyes of one of the cave’s more than half a million bats. If tunnels aren’t your thing, try a sister tour: perusing coral reefs in the Dry Tortugas National Park, or stargazing in Bryce Canyon.

Visual, prestigious, and wholly immobile, no institution is built for the virtual visit quite like the art gallery. Online visitors can now take an 18-room tour around London’s National Gallery, goggle at Frank Gehry’s Guggenheim in Bilbao and delve into the Dutch masters at Amsterdam’s Rijksmuseum.

For an even grander gander try the Vatican Museums in Rome (complete with Sistine Chapel), or browse the world’s largest collection of impressionist paintings in the Beaux-Arts Musée D’Orsay, Paris. They say that everyone’s a critic, and with these curated experiences they genuinely can be. 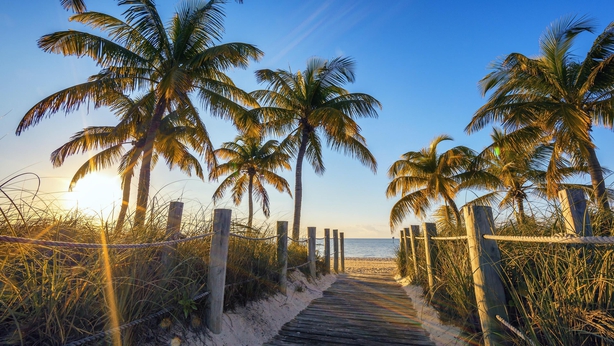 We can’t promise bracing breezes or the salty sting of the spray, but the Florida Beach Finder puts up pretty much everything else. The Street View-esque service plots a 360-degree, step-by-step stroll along 825 miles of Florida coastline, and renders even the horizon in sumptuous high definition.

The service even suggests individual beauty spots by asking you to posit your preferences, like ‘family-friendly’ or ‘romantic’, and ‘manicured’ or ‘au naturel’. Enjoy stunning sea views, without finding sand in your ears three weeks later. 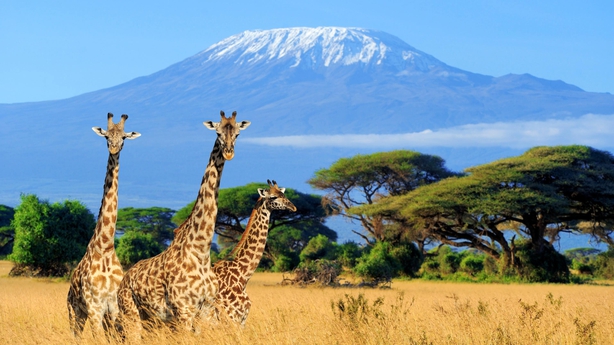 A bucket list item for young and old, we don’t want to meet the person not overcome with excitement at the prospect of an African safari. Luxury travel firm &Beyond and wildlife broadcasting company WildEarth have come together to live-stream twice-daily three-hour tours from South Africa’s Kruger National Park – the largest, oldest, and most prestigious in the land, crawling with lions, leopards, elephants and giraffes.

Led by professional park rangers in jeeps bearing mounted cameras, the tours will be wholly unscripted, and each afternoon drive will begin with 45-minute Q&A, taking questions from viewers around the world.

6. Visit a wonder of the world

In times of plenty, people fly halfway round the world to see these sites, and it takes a crisis to make us realise they’re a click away. Google Arts & Culture has spent several years quietly accruing walking tours of many of mankind’s greatest architectural achievements, from the massive Moai statues of Easter Island to the desert fortresses of Petra.

Armchair travellers can now visit the Taj Mahal, the Great Pyramid of Giza, the Palace of Versailles, Machu Picchu, the Colosseum… the list goes on.