Any good art gallery knows full well that it’s not just what’s on the inside that counts. In fact, plenty of museums that house beautiful art, are architecturally jaw-dropping in their own right.

Some of these buildings are iconic, like the glass pyramid at the Louvre, but what about the ones you might not be so familiar with? 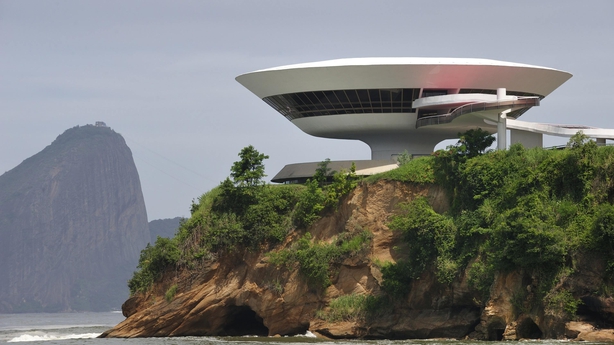 The Niteroi Contemporary Art Museum has an edge because of its location. Based in Niteroi, Brazil, it’s nestled on the coastline with pristine beaches and clear seas on one side, and mountains on the other. The building is designed to stand out among all this natural beauty. Completed in 1996, it looks part Thunderbirds’ Tracy Island, part flying saucer hovering above the bay, and gives visitors a 360-degree view.

In 2010, Vanity Fair declared the Guggenheim Museum in Bilbao the most important building constructed since 1980. It’s the work of architect Frank Gehry – a name that will come up again on this list – and sits on the banks of the Nervión River; the building’s undulating futuristic titanium shell is designed to reflect the water below.

The Louis Vuitton Foundation is another Gehry creation, and shares similarly modernist, futuristic elements with the Guggenheim. It looks like a giant glass ship, almost suspended in the air – an effect Gehry used aeronautical technology to help construct. The Parisian building is in a garden and has been likened to both an ark and a collection of icebergs.

Chinese-American architect IM Pei was responsible for the Museum of Islamic Art in Qatar, a modern building that drew inspiration from ancient Islamic architecture. The complex features creamy limestone that almost shines when the sun beats down, while the geometrical main building is all sharp lines. Opened in 2008, the museum can be found looking out on Doha Bay, and appears to rise out of the water.

There are two sections to the Akron Art Museum: a brick building that was formerly a post office that opened in 1899, and a glass and steel section built in 2007. The two structures are linked, making for an interesting fusion of old and new.

While not everyone loved the modern addition when it was first built – it looks like it’s leaning over and into the old post office – it has since won praise for embracing both past and present styles of architecture. 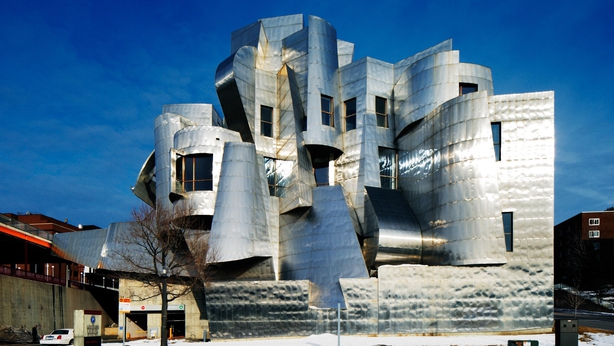 Frank Gehry is also responsible for designing the Weisman Art Museum at the University of Minnesota. You can see his distinct style in the irregular silver shapes of its facade, which echo the cliff face it’s above. It was built in 1993 on top of a car park, but Gehry added to it in 2011, extending it outward with the help of sweeping silver canopies.

The Museo Soumaya in Mexico City is quite unlike the other buildings on this list. Instead of taking inspiration from irregular designs, the aluminium building towers over the surrounding plaza in a smooth, vase-like shape, covered in miniature hexagons. The outer part of the building gleams in the sunshine – at six storeys tall and without any noticeable windows, it’s impossible to miss.