This trifle is based on the classic preparation with fruit, sponge, liquer, custard and a final topping of whipped cream.  Rory says in How to Cook Well with Rory O'Connell on RTÉ One, that he uses the recipe as a trifle master plan throughout the year!

Rory: "Rhubarb is the first fruit to be used. It will be followed by gooseberries, then into the strawberries, followed by currants and so on, so it is immensely useful. The great thing about a trifle is that it can be prepared ahead, ideally the day before and the finishing touch of cream and an appropriate garnish is quickly and easily achieved.

"The custard, also referred to as pastry cream, is lightened up by the addition of two of the whisked up egg whites, thereby adding a volume of air and achieving a rather more foamy result.
When assembling a trifle, the balance of the assembly of the ingredients is important so as to end up with a consistency that is neither to wet nor too dry. I like to put it together while the custard is still slightly warm as this creates a more sumptuous consistency.

"I like to use a glass bowl for serving the trifle, but in fact the volume of the bowl is much more important than the style of it, as the volume will affect the proportion of the finished dish." 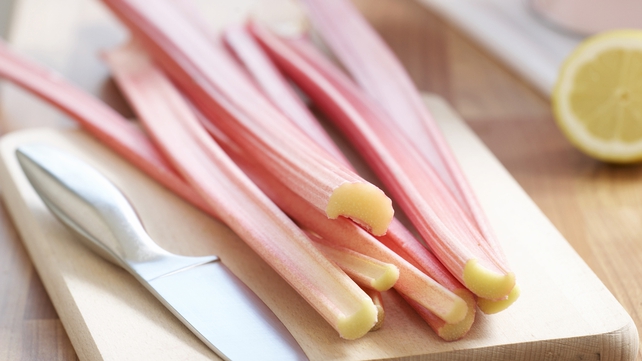 Serving the trifle
Spread the softly whipped cream over the trifle and sprinkle over the cooled toasted almonds and the pistachios.

When the cooked rhubarb is nearly cooled, add 250g of sliced or diced ripe fresh strawberries. Assemble the trifle as in the master recipe.

Follow the master recipe, replacing the rhubarb with 450g of hard green, topped and tailed gooseberries. Cook the gooseberries in the same way as the rhubarb, adding if possible 3-4 elderflower heads to the pot. Make sure the cooked berries are completely tender and some will have collapsed, but like with the rhubarb, don’t boil away their charm. Remove the by then collapsed elderflower heads from the gooseberries before assembling the trifle. The elderflowers will have given a delicious muscat flavour to the fruit. The kirsch could be replaced with Muscat de Beaumes de Venise dessert wine and you could have the rest of the bottle as a pudding wine when eating the trifle. 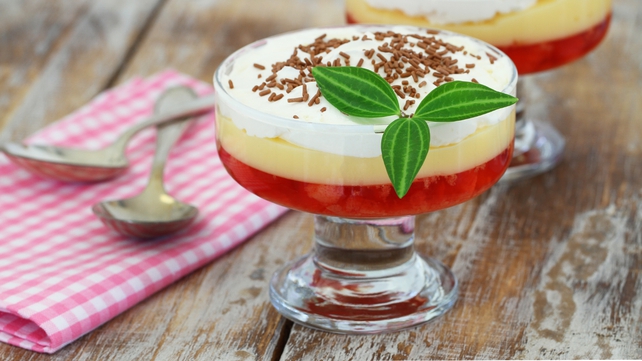 The berries in this lovely fresh tasting trifle are uncooked.
If you had a perfectly ripe peach or two, you could peel, stone and slice them and add to the berries to make up the suggested weight of fruit.
Replace the rhubarb in the master recipe with 450g of mixed summer berries such as strawberries, raspberries, loganberries, tayberries, a few stoned cherries, all coarsely chopped and mixed with 115g of caster sugar. Allow the sugar to dissolve into a juicy syrup on the berries before assembling the trifle. It will take about 30 minutes for that to happen.
The kirsch will be perfect here if you wish to use it.
I sometimes sprinkle whole blueberries on top of the whipped cream before serving this trifle

This is a lovely autumn version for you to try, or if you have a few blackberries in your freezer, this could also be a good one for the depths of winter.
If you don’t have the geranium leaves, it is still worth making, though the perfumed geranium takes it on to another level.

Replace the rhubarb in the master recipe with 450g of bramley cooking apples, peeled, cored and roughly chopped and 100g of blackberries and cook with the sugar, water and 4 sweet geranium leaves until it collapses to a frothy fluff, stained pink by the berries.
Remove the collapsed geranium leaves before assembling the trifle according to the master recipe.
Sweet sherry could replace the kirsch here. 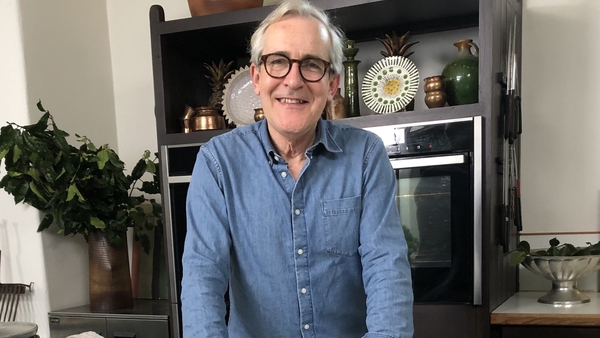 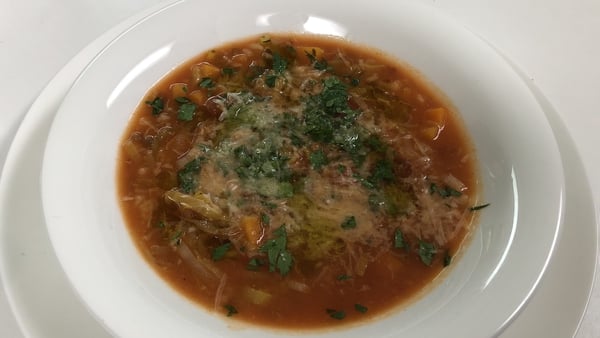 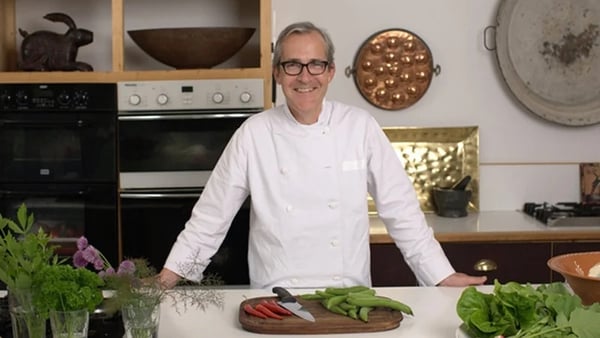 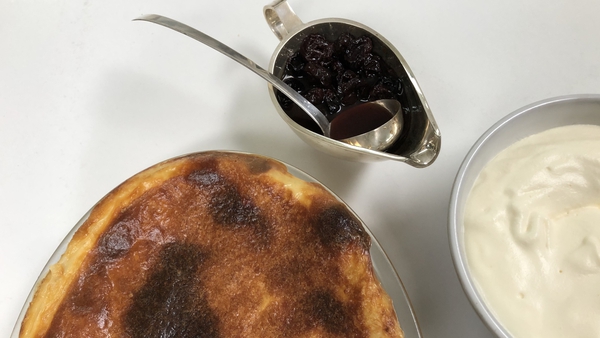