Nissan has quite a track record of producing cars that change the market, from the Juke to the Qashqai, but can the latest version of the Juke replicate the success of the original?

The things about shaking up car design is that every other manufacturer jumps on the bandwagon as soon as they see the potential profits in catching up. When the funky Nissan Juke and the novelty crossover Qashqai came on to the market NIssan's competitors saw how off the point they were with their supermini and family hatchback cars.

The success of both the Nissan cars showed clearly what buyers wanted - something that was'nt a supermini or a small family car, but rather a crossover that was appealing in its innovative design. People were ready for something different but most manufacturer did'nt realise that their customers boredom threshold had been reached. They got a further surprise when they realised how many older buyers turned to the Juke for a different experience.

The fact remains, however, that this new generation of crossovers was, and still is, made of cars with a different body and based on the platform of those same superminis and small cars. It's just that the packaging is completely different but, crucially, the costs are still low. It's a bit of a con job but buyers seem happy to go along with it. 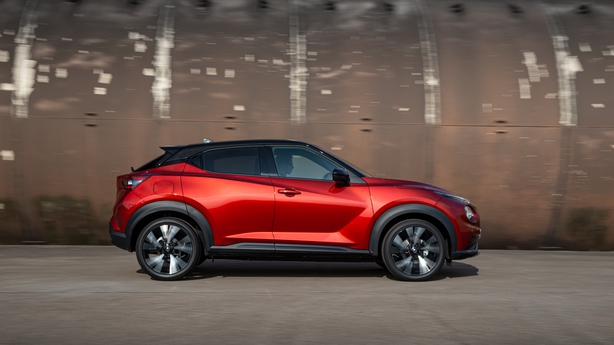 This time around the Juke has been stretched, but by small measurements, such as the increase in rear headroom of 1.1 cm. The boot, in fairness, has been increased in capacity to 422 litres - 20 per cent more than the older model and it can take a fair whack of luggage and other items, even more with the rear seats folded.

Inside the car you feel as if it has been sized to accommodate average people. Taller people will have a difficulty with the front seat travel and taller rear passengers will still find themselves feeling a bit oppressed by that sharply raking rear roofline. That roofline also means a very small rear window screen and limited visibility, partly caused by the rear pillars. The same is true of cars like Toyota's C-HR.

The Juke is essentially a city car. There is only one engine variant - a 1.0 litre petrol unit that produces 115 horse power. It's fine, but it lacks the verve and refinement of Volkswagen's 1.0 litre three cylinder engine with the same output and now fitted right across the VW range.

Both will give similar fuel consumption returns of about 6.3 litres of petrol per 100 kilometres but the VW unit is the benchmark by which others are measured and it leaves the Juke engine and many others in the shade. It is also an engine that accommodates longer journeys much better, which is why it's even fitted to the Golf and the Skoda Octavia.

The Juke also becomes a bit more exposed when taken out of the city, where it can nip around with agility and reasonable economy. Once on the open road you have noticeable wind noise and on country roads a rather jarring ride quality. Yes, it's primarily a city car alright. In that respect it is a good car to drive. It's easy to manage, park and run. 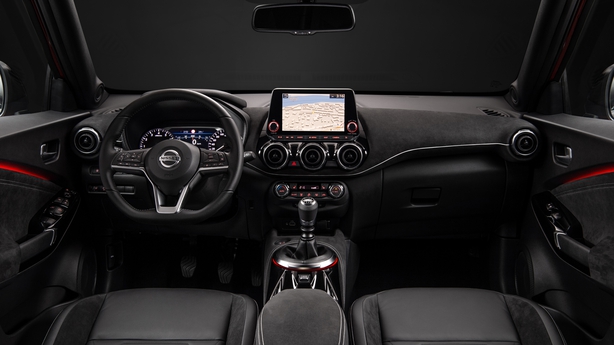 A fairly serious irritation through is the small screen, which has poor graphics and seems to take selecting functions with some degree of resistance. You just don't get the response you want to changing a station, for example, that you get on the no-nonsense screen of a VW Group car of similiar size. I'm thinking here of the Volkswagen T-Roc or the Skoda Kamiq, both of which have clear graphics and instant reactions to keyed instructions.

In fact, it's the Kamiq that emerges as a serious competitor to the Juke, except in the funk stakes. The Juke price starts at €21,995 and the Kamiq at €22,150. That's a difference of €155. The Kamiq has better handling and ride and is a practical alternative. It does'nt have the Juke's looks though, and that is where Nissan still has the edge despite the competitive stampede behind it.