Toyota intends to launch its first autonomous car next year but car manufacturers are now pushing back on the technology needed to introduce driverless cars.

When Toyota Motor Corp launches its all-battery Lexus next year, the luxury model will be able to drive autonomously on motorways, a big step for the Japanese automaker, which has so far trailed rivals in bringing self-driving cars to market, Reuters reports.

Announced at the Tokyo Motor Show, the new Lexus shows how Toyota is putting its research on self-driving technology to work in cars that have limited automation.

That strategy comes as more automakers - and even governments - are taking a longer view toward artificial intelligence (AI) and self-driving cars, paring back development targets after fatal accidents in Tesla cars have shown the complexity of the technology. Previously, companies like Audi and others were expected to introduce driverless cars almost as quickly as legislation allowed. 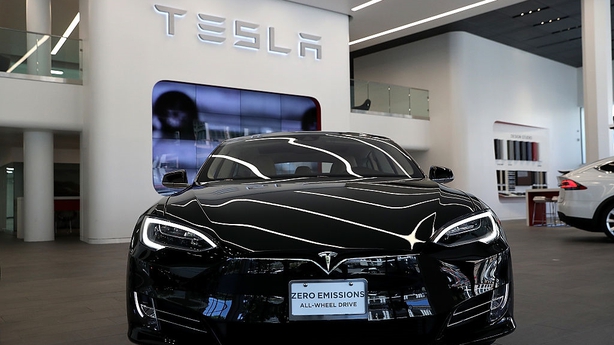 Tesla is one of the most advanced companies in the area of self-driving cars but accidents have made other manufacturers wary of the technology.

Reuters also reports that while Toyota is using the motor show to tout its push to become a "future mobility company" showcasing futuristic, AI-based driving companions and miniature delivery robots, on the sidelines, Tomoyama injected a dose of reality about the pace of developing future cars.

"Right from the get-go, we figured it's going to be a time-consuming endeavor," he said. "There’s no particular need to rethink the time frame for our AI self-drive technology investment and development."

Toyota next year will release its first so-called "Level 2" autonomous car, capable of driving itself on motorways, "from entrance to exit, with traffic merging capability," Tomoyama said.

Other automakers already market "Level 2" cars, but a growing number are pushing out their schedules to develop future autonomous technologies, citing the high hurdle to clear before enabling cars to perform more driving tasks.

Nissan also has abandoned an earlier in-house target to develop cars which can drive themselves on city streets by 2020. At the moment, its cars are able to drive on highways and park autonomously.

Meanwhile, Hyundai will offer autonomous ride-sharing services in California from next month to study consumer behaviour in an autonomous driving environment.

The South Korean carmaker will team up with Pony.ai, a self-driving start-up, and mobility service provider Via, to build a fleet of at least 10 Kona electric SUV's to provide autonomous ride-sharing services called BotRide in Irvine, California.

Pony.ai, which has a partnership with Toyota, will build self-driving systems with Hyundai, while Via will develop mobile phone applications for the service, the companies said.

While the vehicles will have self-driving functions, two safety operators will be onboard to take over if there is an emergency.

The service will start on Nov. 4.

Hyundai has announced plans to invest $35 billion in mobility and other auto technologies by 2025.