Dacia's small budget SUV, the Duster, has had a significant makeover with all new body parts but the emphasis is still on budget motoring.

It's almost six years since the Duster arrived onto the Irish market and some 10,000 have been sold - some 20,000 Dacias in total. It's proof that you can sell pretty much anything if the price is right and the advertising campaign cheeky enough.

The latest version of the Duster starts at €17,390 and that's a long way off the price being asked by competitors whose offering is essentially the same - a small car that has SUV looks but is generally still a small production car. At least Dacia does offer a four wheel drive version of the Duster, the previous version of which was'nt all that bad in some reasonably challenging off-road conditions. 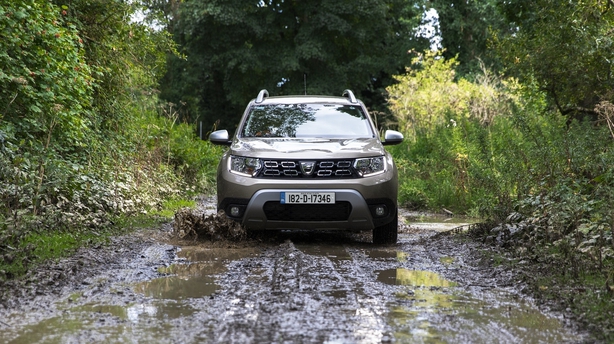 The design is softer and the interior has also been given a makeover.

This time the Duster has a new body, giving it a more modern and softer look but the underpinnings are all still from the Renault range - Renault owns Dacia. Inside, the cheap and drab finish of the previous model has been replaced with a softer one but you still won't be getting anything to seriously challenge some of Dacia's competitors.

Steering has also been improved with new electric power steering that reduces wheel effort by 35 per cent - the steering on the older model was certainly an issue and made the car unwieldy at times.