The easytrip.ie survey published this week says that motorists are losing an average of 14 days per year commuting into Dublin city centre. 1500 drivers from Dublin and commuter counties - Wicklow and Kildare - took part in the survey, with 62 per cent saying public transport does not suit their needs and driving into the city was their "quickest option".

Some 73 per cent of respondents said they believed that the proposed changes to the traffic flow on the north and south quays (even with the revised proposal to allow for one lane of general traffic from Bachelor’s Walk to Eden Quay and on towards Dublin Port) would affect them. Many see the new restrictions increasing their journey time by an additional 10 days driving a year - based on their estimate of the time it would take to complete their journeys. 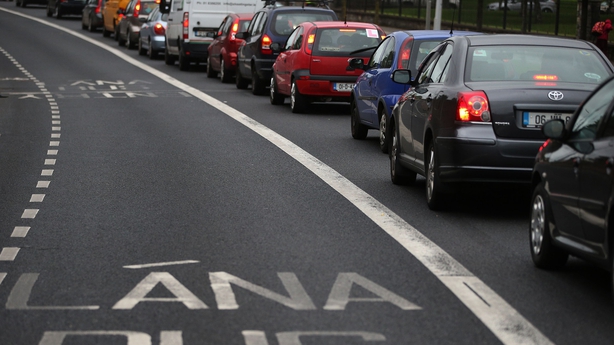 Some 50 per cent of those surveyed said plans to change Dublin's traffic flow would deter from driving into the city.

However, more than 50% also admitted that the changes would deter them from driving into the city, which means plans to reduce traffic in the city centre would actually work.

A total of 62% of those surveyed said that the proposed changes to the traffic on the quays would affect their decision to shop in Dublin city.

And 95 per cent said they would not buy a high priced item if they did not have their vehicle with them to take it home.

Commenting on the survey, Colin Delaney, CEO of easytrip Ireland said: "Driving into the city centre is the quickest option for many commuters as the current public transport network isn’t suitable for their requirements.  It’s alarming to see that city commuting times total 14 days each year using a car, the mode of transport perceived to be the most efficient option by those surveyed".